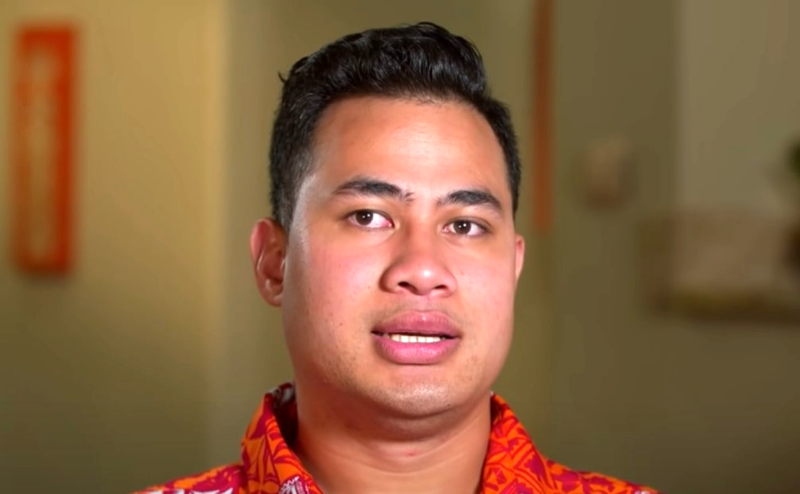 90 Day Fiancé spoilers and updates tease that star Asuelu Pulaa seems eager to teach his sons, Oliver and Kennedy, some of his dance moves. The husband of Kalani Faagata is known for his fun TikTok dance videos, which he regularly shares on Instagram as well. Now it’s Asuelu’s sons’ turn to take the dance floor.

Asuelu Pulaa continues to take the TikTok world by storm. The 90 Day Fiancé dad has been sharing dance videos and challenges on the platform, gaining thousands of reactions from fans.

Recently, Asuelu brought along his sons, Oliver and Kennedy, in one of his mini-dance numbers. The father and son trio seems to have a blast as they show off their dance moves.

The two young boys intently watched and followed their dad’s moves. It’s clear that the 90 Day Fiancé star knows how to get his sons’ attention every time he dances at their house.

This isn’t the first time Asuelu Pulaa included his sons in his dance videos. In the past, he also shared some of their dance numbers on Instagram, which fans really enjoyed. 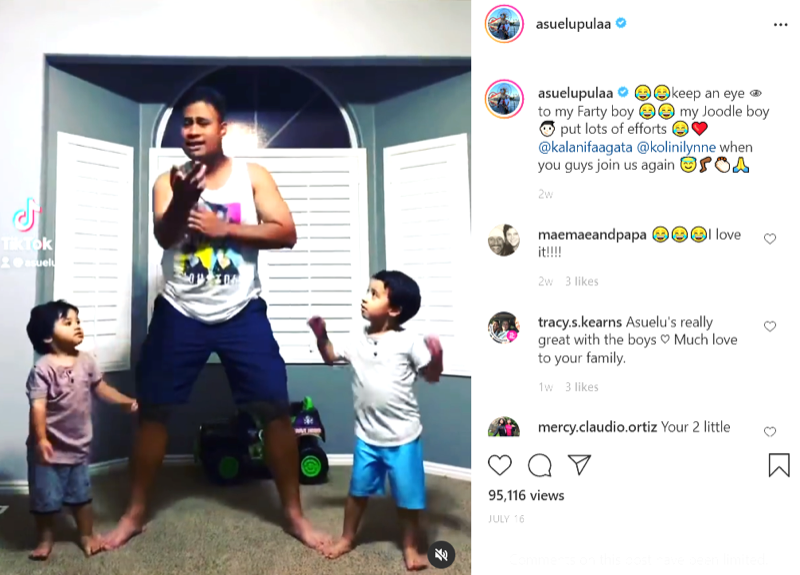 Meanwhile, Asuelu Pulaa and Kalani Faagata took a much-needed break from all the drama. The 90 Day Fiancé couple took their kids to Disneyland and enjoyed some fun bonding moments.

Kalani shared a glimpse of their day at the famous theme park. In one of the photos, the couple posed in front of Sleeping Beauty’s castle. Kalani’s sister, Kolini, was also present during the outing.

Kalani Faagata and Asuelu Pulaa have come a long way ever since their debut on the show. Now with two kids, the 90 Day Fiance couple is doing their best to fulfill their parenting duties.

But it seems having two little boys is not enough for Asuelu. It turns out, the Samoan native is still eager to have more kids in the future, whether Kalani likes it or not.

In a previous episode of 90 Day Fiancé, Asuelu gave Kalani the shock of her life when he blurted out baby plans out of the blue. While shopping for a car, the father of the two confidently declared that they need a bigger car because they will have another baby soon.

Kalani has no idea what Asuelu was talking about. She made it very clear though that having another child is not part of her plans at all. Only time will tell if the couple will end up expanding their family again, regardless if it’s planned or not.