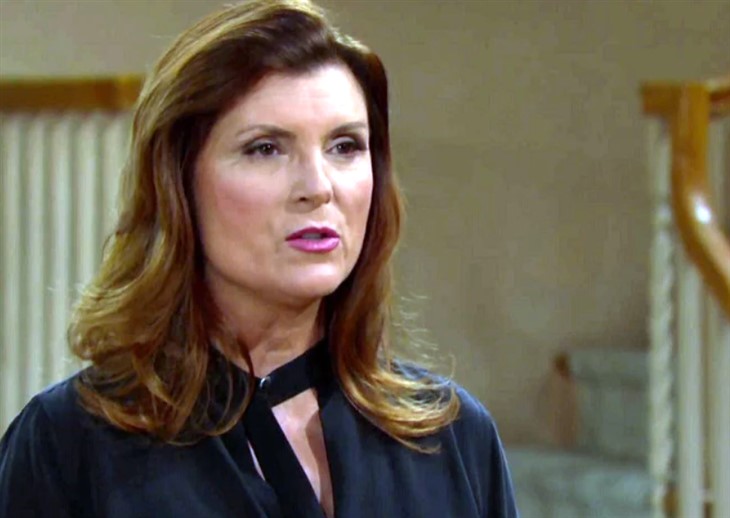 The Bold and the Beautiful (B&B) spoilers and updates tease that Sheila Carter (Kimberlin Brown) claims to be John “Finn” Finnegan’s (Tanner Novlan) birth mother. Brown wouldn’t give too many details but did talk about how reformed people try to do better. She added that refusing to acknowledge that betterment leads them to go back to their old ways. Could this have been a hint?

B&B spoilers reveal that despite her wild history, Sheila just might be mentally stable, at least for the time being. One clue of this is that Sheila doesn’t want to “meet” the Forresters, but Finn drags her to the reception area anyway. She tries to tell him that they won’t be happy to see her but doesn’t get a chance to explain why. So, she obviously didn’t plan on Finn wanting her to meet the in-laws when she told him about being his mother. There is also another clue that Sheila might be sane.

The Bold And The Beautiful Updates – Knows Reality Of Situation

In an interview with Soap Opera Digest, Brown said that Sheila knows that she might not be able to be part of Finn’s life. It doesn’t mean she won’t try but knows that her history prevents any kind of inclusion in the family. Now, if she were off-the-rails crazy, she wouldn’t have this kind of logical thinking.

Now, knowing that she won’t be allowed to be a part of Finn’s life and trying to get in there anyway are two different things. 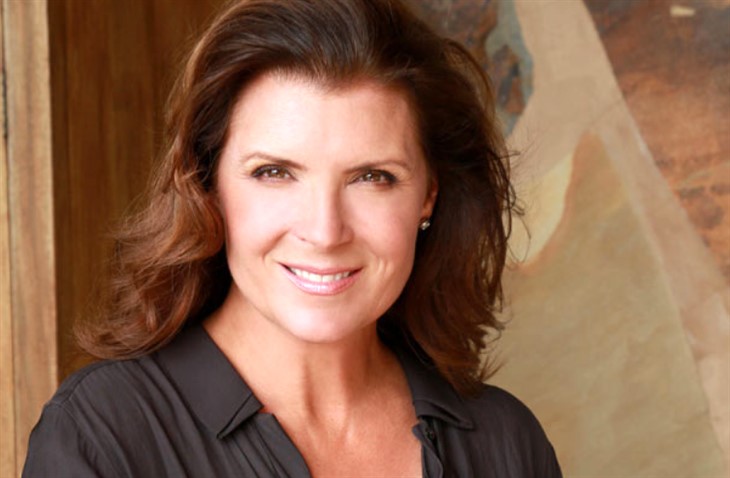 The Bold And The Beautiful Spoilers – Stable But Still Manipulative

The Bold and the Beautiful spoilers reveal that Sheila might not be totally crazy anymore. However, she is still a villain and is still manipulative. In fact, by the end of this week, she will come up with a manipulative plan to get what she wants. Is this plan about her being part of Finn’s life despite what Steffy Forrester (Jacqueline MacInnes Wood) wants? Or is there something else she hopes to gain?

The Bold And The Beautiful Updates – Betterment Twist

Brown said that she thought that Sheila was really better the last time she showed up. However, that turned out not to be the case. While Brown wouldn’t say if Sheila is actually stable this time or not, she did talk about a betterment twist.

“She was really trying to be a better person. There’s no doubt about that, and I don’t think that has changed. But, even for people who have become better, in the face of society, when you have certain elements in life that refuse to acknowledge that betterment, you just hope you don’t slip back into your old ways…”

The Bold And The Beautiful (B&B) Spoilers And Rumors: Finn Keeps Secret Meeting With Sheila From Steffy

So, it sounds like Sheila does really try to be a better person. However, there are certain factors that lead her to revert back to her old ways. Those factors could be just seeing the Forresters again, it could be a specific character who pushes her or it could be her desire to be part of Finn’s life. Perhaps that desire spirals out of control. We will have to keep watching the CBS soap to find out what happens with this storyline.