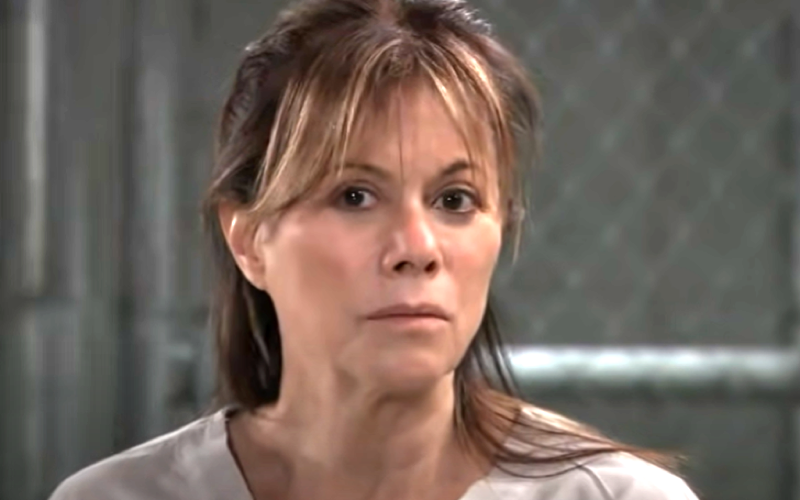 General Hospital viewers will recall from a recent episode of General Hospital that while Shawn Butler’s (Sean Blakemore) sentence was commuted to time served, Alexis’ was not, but she was okay with that. Alexis knew she was guilty as charged, she wasn’t denying that. She was informed, however, that she was being transferred to a facility supposedly without violent offenders – Spring Ridge. Alexis was shown around the prison by Port Charles Police Commissioner Jordan Ashford (Briana Nicole Henry) herself; Alexis was already familiar with Spring Ridge, having pushed for her clients to be incarcerated there in the past. While the prison is coed, it is divided.

The only place men and women are together is in the community room, which doubles as the visitation room. Visiting at a table in a room is far more preferable than talking through glass, as at Pentonville! Alexis still had to be careful not to rock the boat, she was warned by Jordan because the warden would send her back to Pentonville if she made trouble! Alexis would be able to continue advocating for other prisoners and attending her Alcoholics Anonymous meetings in Spring Ridge. Everything was going fine until she was blindsided by the sight of someone that she thought shouldn’t be there at all – Ryan Chamberlain! General Hospital viewers will recall that he had previously been in Pentonville, but after he was stabbed in the back by a minion of Cyrus Renault’s (Jeff Kober), he was in a coma for a little while in General Hospital. 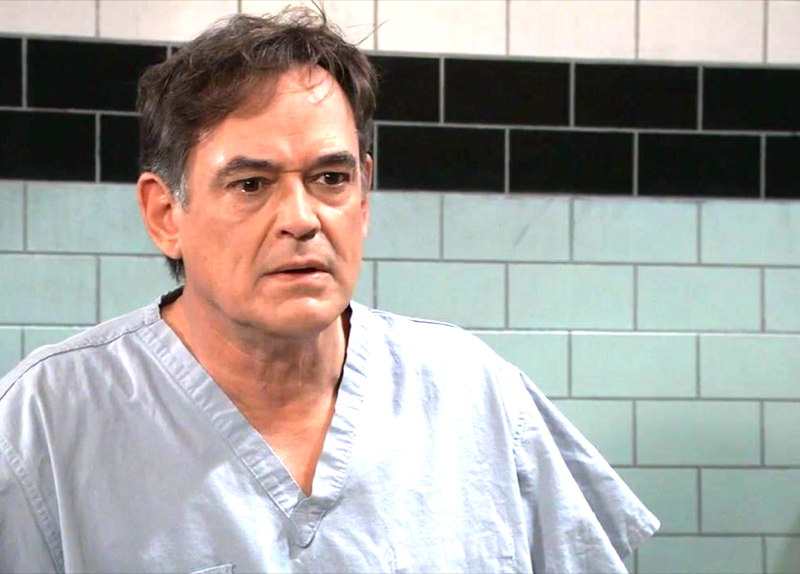 General Hospital Updates – Are You In There?

General Hospital viewers will recall that he didn’t fully recover – his brother, Dr. Kevin Collins (Jon Lindstrom) diagnosed him with “locked-in syndrome” – basically a form of psychologically induced paralysis. According to the NIH, locked-in syndrome is a rare neurological disorder characterized by complete paralysis of voluntary muscles, except for those that control the eyes. People with locked-in syndrome are conscious and can think and reason, but are unable to speak or move. Vertical eye movements and blinking can be used to communicate.

General Hospital viewers will recall he smirked when he was being transferred out of General Hospital to minimum security at Pentonville – but Alexis is blindsided when he’s rolled into the community room at Spring Ridge in a wheelchair! She reacts, wanting to know how the h-e-double hockey sticks he got assigned to that facility! She stares him straight in the eyes as she asks if he’s even “in there”? Then she bends over and literally gets in his face as she waves her hand in front of his eyes to try and make him blink! She “sees” him “in there” as she exclaims, Ha! There you are!

I see you! Alexis talks about the great variety of inmates they have in Spring Ridge, but she was kind of expecting white-collar criminals or maybe a few drunken ragers. But the last thing she expected was him, “locked-in” him! She reiterates she didn’t see that coming – and gets up close and personal again, asking just how recovered is he – really? He finally blinks – and as he does, someone startles the life out of her by coming up behind her and putting his or her hands on her shoulders!