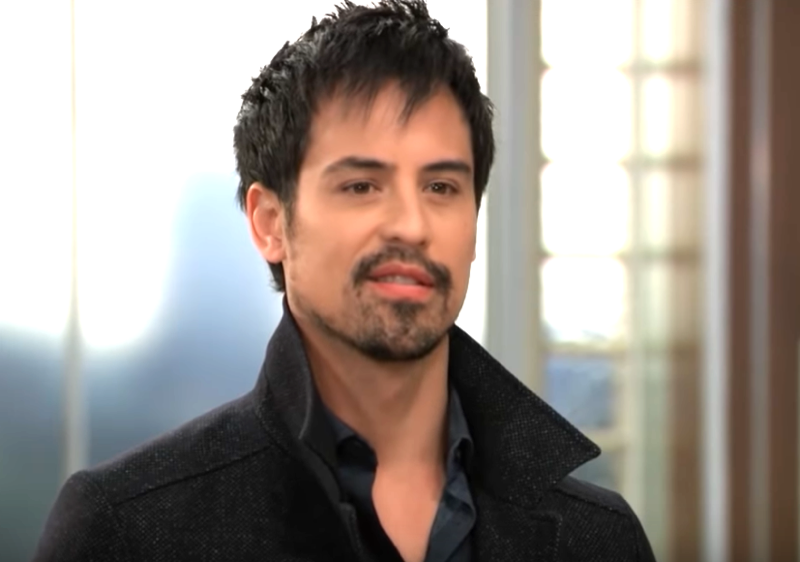 General Hospital (GH) spoilers and updates tease Nikolas Cassadine (Marcus Coloma) is in trouble. Nikolas has been having trouble with a stalker who has been coming after him and his wife Ava Jerome-Cassadine (Maura West). Nikolas and Ava thought that they could stay together to face the stalker but Ava decided that it would not be possible. The stalker had been sending disturbing gifts and messages.

The gift that made Ava decide that she could not stay with Nikolas was a teddy bear that was sent to her daughter Avery Jerome-Corinthos (Ava and Grace Scarola). The teddy bear had Ryan Chamberlain’s (Jon Lindstrom) voice in it. Ryan had killed Ava’s daughter Kiki Jerome (Hayley Erin) and Ava felt that she had to keep Avery safe by leaving Nikolas. Ava and Nikolas are getting a divorce.

Nikolas and his son Spencer Cassadine (Nicholas Alexander Chaves) have been at odds. Spencer has not wanted Nikolas to be married to Ava. Spencer does not believe that Ava is good for Nikolas because she did not testify against Valentin Cassadine (James Patrick Stuart). Ava was going to testify against Valentin because Valentin had gotten into an altercation with Nikolas and had shot him. Ava saw the altercation and was going to testify that Valentin had killed Nikolas in a lawsuit. 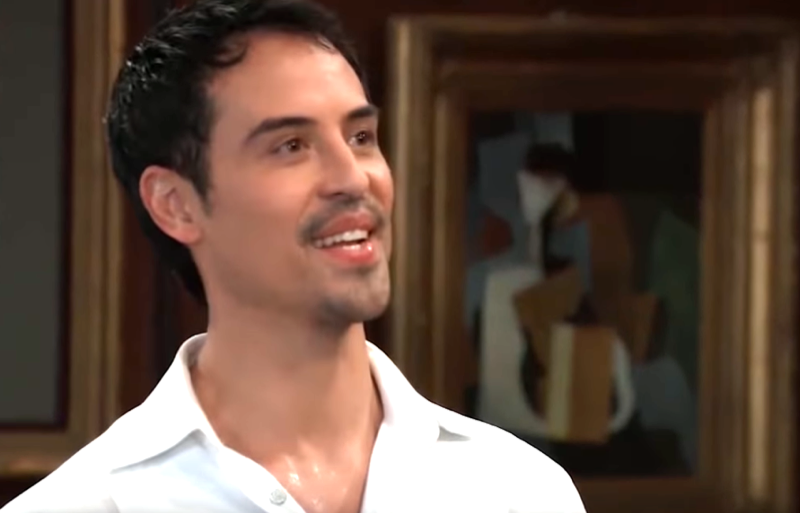 However, Ava needed Valentin to help her get surgery for scars on her face and did not testify against him. Spencer was upset with Ava for not testifying against Valentin. Spencer was upset with Nikolas when he found out that Nikolas survived his altercation with Valentin. Recently Spencer has come back to Port Charles from being away at school. Spencer has been the one who has been sending Nikolas and Ava disturbing gifts and messages because he has wanted to break up their marriage. Nikolas does not know that Spencer has been trying to sabotage his marriage.

Nikolas is going to have more trouble to deal with in regards to Shawn Butler (Sean Blakemore). Shawn was sent to Pentonville Penitentiary for shooting Hayden Barnes (Rebecca Budig). Shawn was innocent of the crime because Nikolas was involved in shooting Hayden. Shawn has been released from Pentonville because Judge Naomi Carson (Anita Finlay) has been found to be a racist judge. Judge Carson gave Shawn a harsh sentence based on his race. Shawn wants to find out who set him up for shooting Hayden. Nikolas knows that Shawn is free and wants to know the truth about Hayden.

General Hospital Nikolas will have problems from his family life and from those who will want to take him down. Nikolas wants to stay married to Ava. He is trying to find the stalker. Will Nikolas find out that Spencer is the one who has been threatening him and Ava? How will Nikolas deal with Spencer when he finds out that Spencer is the stalker? Nikolas is worried about Shawn being free.

Nikolas will want to keep Shawn from finding out what happened to Hayden. Can Nikolas find a way to stop Shawn from finding out about his involvement with Hayden’s shooting? Nikolas does not want Hayden to come back to Port Charles. Can Nikolas keep Hayden from coming back? Will Hayden come back to help Shawn get back at Nikolas? Will Hayden want to get back at Nikolas for making her believe that she needed to leave Violet? Be sure to catch up on everything happening with GH right now. Come back here often for General Hospital spoilers, news, and updates.