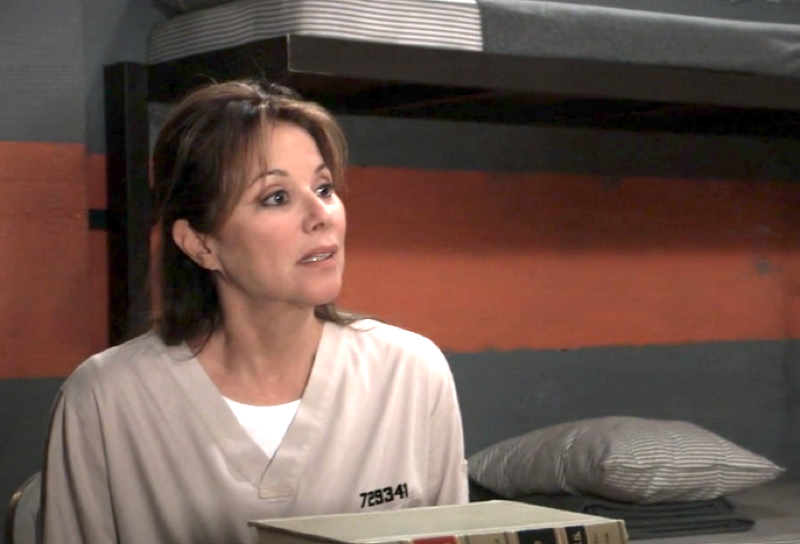 General Hospital (GH) spoilers and updates tease Alexis Davis (Nancy Lee Grahn) may be about to get her freedom back. Alexis was sent to Pentonville Penitentiary for accidentally attacking Dante Falconeri (Dominic Zamprogna). Alexis believed that her daughter Sam McCall (Kelly Monaco) was in danger from Franco Baldwin (Roger Howarth) when she attacked Dante. Alexis wanted to take responsibility for her actions. She was sent to Pentonville by Judge Naomi Carson (Anita Finlay). Alexis encountered an old friend Shawn Butler (Sean Blakemore) in Pentonville.

Alexis and Shawn figured out that Judge Carson was basing her sentences on racial bias. Shawn told his son TJ Ashford (Tahj Bellow) and his domestic partner Molly Lansing-Davis (Haley Pullos) about the situation. Molly wants to get Alexis out of Pentonville because she is her mother. Molly with the help of Commissioner Jordan Ashford (Briana Nicole Henry) and Martin Grey (Michael E. Knight) has been able to expose the truth about Judge Carson. Jordan was able to get Alexis and Shawn removed from Pentonville and taken into protective custody with the Port Charles Police Department. Alexis and Shawn may soon be able to be free if their cases get reexamined. Alexis will need to figure out what she will do if she does not have to go back to Pentonville.

Alexis is a recovering alcoholic. She had started to drink before she got sent to Pentonville. Alexis will need to start to go back to her Alcoholics Anonymous meetings. She will need her friend Dr. Hamilton Finn (Michael Easton) to help her because he is her sponsor. Alexis has osteoporosis and will need to keep herself healthy which will give her another reason to stay sober. 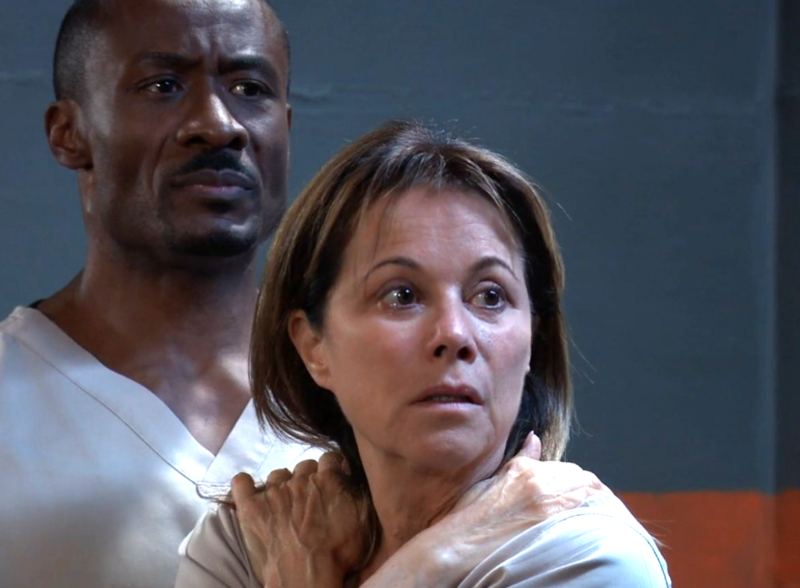 General Hospital Updates – Alexis Davis Gets Her Career Back On Track

Alexis was a lawyer before she got sent to Pentonville. Alexis was disbarred and cannot practice law. Alexis can get her friend Diana Miller (Carolyn Hennesy) to help her find a way to get her legal license back. Alexis saw how difficult it can be to be in jail and how inmates can have trouble getting paroles. She may want to help inmates who are still in jail and need help to get parole.

General Hospital Updates – Alexis Davis Gets Into A Relationship

Alexis and Shawn have rediscovered their feelings for each other. Shawn wanted to protect Alexis when she got sent to solitary confinement. Alexis wanted to help Shawn to clear his name. Shawn was sent to Pentonville for shooting Hayden Barnes (Rebecca Budig). Shawn is innocent of the crime. Alexis and Shawn could get into a relationship while trying to clear Shawn’s name.

Alexis Has A New Direction For Her Life

General Hospital Alexis has a chance to start over again. She can try to get her career back. Will Alexis want to go back to being a lawyer? She will need to take care of her health. Will Alexis stay sober so that she will not have more health issues? Alexis has many people that she cares about. Can Alexis help her loved ones to face their problems? Alexis has not been in a relationship for a while. Will Alexis want to get into a relationship with Shawn if he is free to be with her? Be sure to catch up on everything happening with GH right now. Come back here often for General Hospital spoilers, news, and updates.