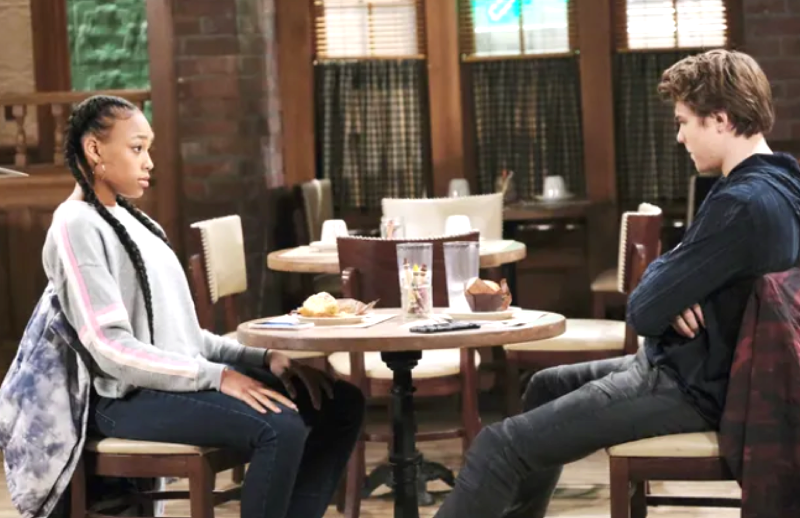 General Hospital (GH) spoilers and updates tease that Esme Prince (Avery Kristen Pohl) is a mystery surrounded by an enigma! Although she came to town with Spencer Cassadine (Nicholas Chavez), her boyfriend, there seems to be a lot more to the young girl, and none of it seems like it will be good. Like Harmony (Inga Cadranel) pointed out, Esme is trouble with a capital “T”. But Trina Robinson (Sydney Mikayla) is already on to the troublemaker, and soon she will enlist Cameron Webber (William Lipton) to help get the goods on the young troublemaker.

As viewers know, Esme and Spencer are Ava Jerome’s (Maura West) stalker, although Esme went rogue and set Ava’s car on fire without Spencer’s knowledge or approval. To make matters even worse, Esme left a security badge worm by Ava’s late daughter, Kiki Jerome (Hayley Erin). The name badge listed Kiki’s given name “Lauren” but she was known to everyone as Kiki. Esme slipped up and used the name “Lauren” instead of Kiki. Trina caught this immediately, so her suspicions are high. But she won’t want to face Esme alone, so look for her to enlist her good friend Cameron to help her. 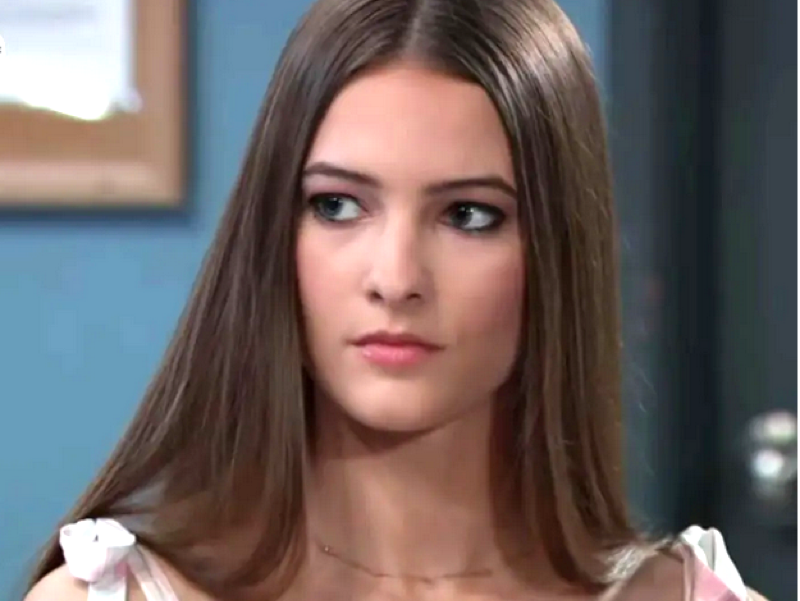 General Hospital Updates – Esme Prince May Be More Dangerous Than Trina Robinson Could Ever Have Imagined!

But Esme seems to be more than just Ava’s stalker. Her obsession with serial killer Ryan Chamberlain (Jon Lindstrom) hasn’t gone unnoticed. Harmony, who is working with Ryan as his aide, pointed out to Alexis Davis (Nancy Lee Grahn) how dangerous she believes Esme is. But if Esme takes after Ryan in any way at all, Cameron and Trina should be very careful. Esme might be on her way to becoming a serial killer in her own right.

Cameron may not know what he is in for when dealing with Esme. A well-placed threat, or a minor accident that Esme takes credit for, might become too unnerving for the young teens. Esme might be dangerous on a level that neither of them is prepared for. Let’s hope the college-bound teens survive Esme’s reign of terror. Perhaps Spencer will be her weak spot and can help out once he realizes the danger his girlfriend poses.

Will Cameron and Trina be able to get good on Esme? Or is she too dangerous for these two to handle alone? Will Spencer realize just how dangerous Esme is? Only time will tell, so stay tuned to General Hospital airing weekdays on ABC. And don’t forget to check back right here regularly for all your General Hospital news, information and spoilers!

The Young And The Restless (Y&R) Spoilers: Jack And Phyllis Stand-Alone Episode

The Bold And The Beautiful (B&B) Spoilers: Denise Richards And Jensen Gering Star In A New Film