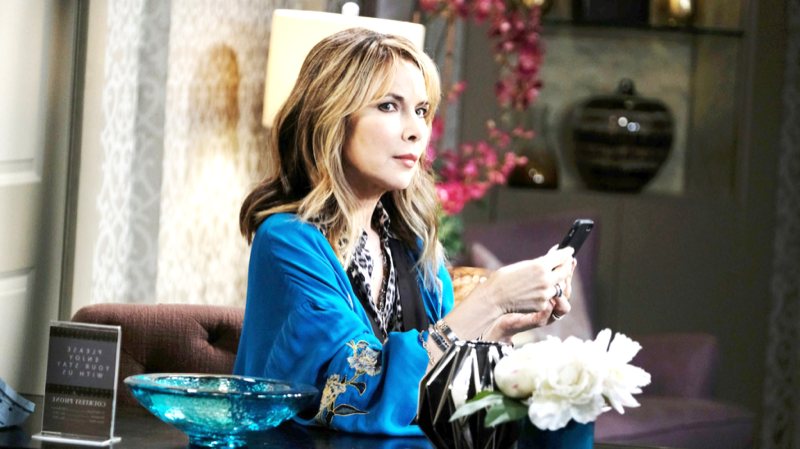 Days of Our Lives (DOOL) spoilers and updates tease that Lauren Koslow announced to fans that she is back on set as of Thursday. She wasn’t able to give too much information about what is coming up. Right now, the soap is on a two-week hiatus due to the Olympics. However, she did say that her character, Kate Roberts DiMera, will be embarking on a new path.

Days Of Our Lives Spoilers – Reconnecting With Roman Brady

DOOL spoilers reveal that Jake DiMera (Brandon Barash) was booted from the CEO position at DiMera Enterprises. The truth about Kate’s blindness and memory loss also finally came out. While Jake and Gabi Hernandez (Camila Banus) went to live with Rafe Hernandez (Galen Gering), Kate got a room at Brady’s Pub.

She is working with EJ DiMera (Dan Feuerriegel), but she’s living at Roman Brady’s (Josh Taylor) pub. So, it’s only a matter of time before Roman and Kate reconnect. However, could it be romantically or will they just remain friends? That could be one possible change. However, Koslow teased a “new path,” suggesting it’s something brand new and not a rekindled romance. On Facebook, Koslow posted,

“Happy Thursday! Back in the studio with a #dressingroomselfie #staytuned as Kate strikes a new path on her ever eventful journey.”

Even though Kate has a job with DiMera Enterprises, we don’t expect it to last forever. The DiMera family isn’t exactly known for their trustworthiness, especially EJ. So, we expect Kate to either quit or get fired at some point in the future. There are not too many employment opportunities in Salem. For someone with Kate’s experience, her options are DiMera Enterprises and Titan. Of course, there are the smaller businesses but that’s not really up to her alley. 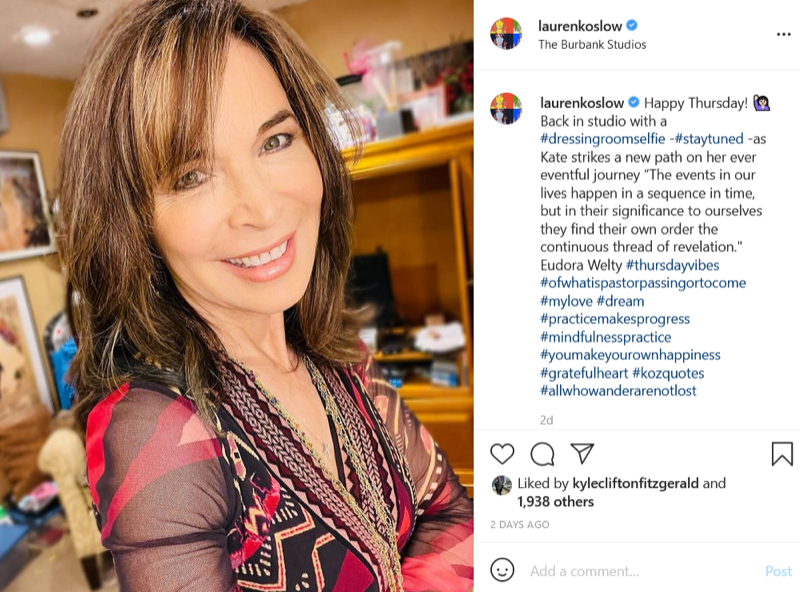 Perhaps the “new path” has to do with a brand new powerhouse company that will be competition for both the DiMera and Kiriakis families.

Days Of Our Lives Spoilers – Fixing Relationship With Philip Kiriakis

Days of Our Lives spoilers reveal that Kate has a decent relationship with one of her children, Lucas Horton (Bryan Dattilo). However, the same cannot be said for Philip Kiriakis (Jay Kenneth Johnson). The two seem to have some conflict and they will have to deal with it at some point. Perhaps they will fix their fractured relationship as they are mother and son.

Days Of Our Lives Updates – True Love With New Character

As we previously reported, Richard Steinmetz has joined the cast of the NBC soap. He began filming on May 25 and promised fans he would give character details when he was allowed to. That still hasn’t happened and he could be playing a recast or short-term character. However, there is reason to believe he might be a brand new Salemite. Some fans expressed hope that his character would be a new love interest for Kate.

Koslow has admitted in the past that Kate has had amazing success in the boardroom. However, the actress does hope that one day Kate can find true love. Perhaps that day is finally coming.