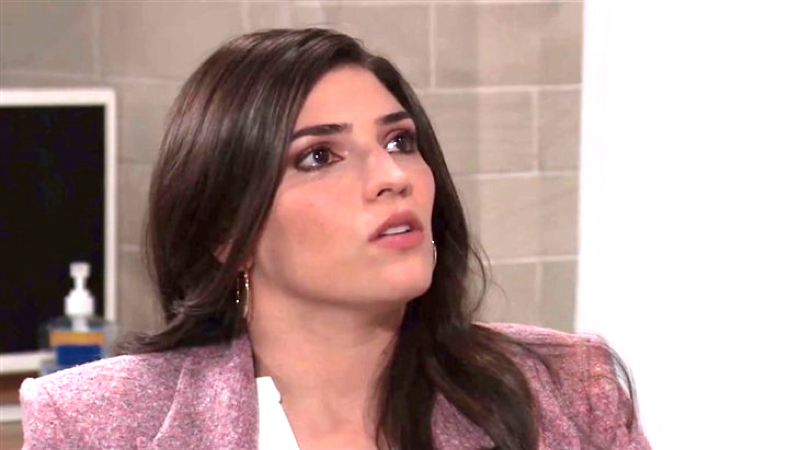 General Hospital (GH) spoilers and updates tease that Brook Lynn Quartermaine (Amanda Setton) will scramble to keep her secret in an upcoming episode of General Hospital!

General Hospital Spoilers – After Maxie Jones Confessed All To Nina Reeves, Brook Lynn Quartermaine Got A Talking To

General Hospital viewers will recall that after Maxie Jones (Kirsten Storms) confessed all to Nina Reeves (Cynthia Watros) about her and Brook Lynn’s plot to keep Louise Jones/Bailey Lois Quartermaine (Harper and Scarlett Bloom) safe, Nina gave Brook Lynn a talking to! Nina assured both Maxie and Brook Lynn that she completely understood the part about keeping the baby safe from Peter August (Wes Ramsey) she didn’t know where Brook Lynn’s mind was when she came up with the idea of a fake pregnancy!

General Hospital viewers will recall that Brook Lynn was trying to trick Valentin Cassadine (James Patrick Stuart) into giving her ELQ shares back. It worked, but Valentin is headed for heartache and Nina explained that. But Nina also told Brook Lynn that if Valentin knew the whole story, that he would understand – at least the part about keeping the baby safe from Peter. Brook Lynn, however, wondered what she would tell him – she couldn’t tell him the pregnancy was false. 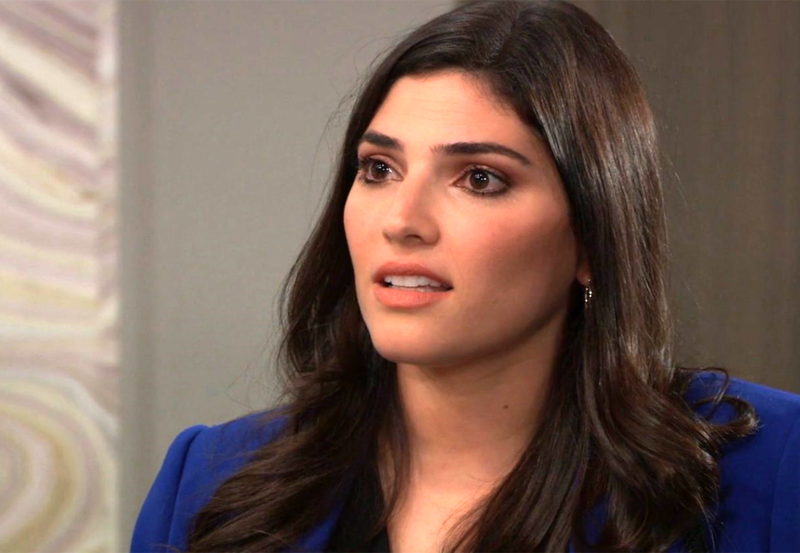 She muddled over thoughts in her mind about telling him the baby died and other grim scenarios. But either of those stories would lose her the ELQ shares she just recently got back. Now, with Nina knowing the secret and finding out the doctor that delivered the baby, Dr. Austin Gatlin –Holt (Roger Howarth) is her cousin, things are getting more complicated. She’s not sure she can trust Austin now that he’s after the family money – he might have been playing possum when he supposedly was unconscious!

General Hospital viewers will recall that Maxie has decided to take some time away from work and from Port Charles, and plans to take her two children Georgie Spinelli (Lily Fisher) and James West (Owen and Curtis Rufca) along to visit family in Texas. Maxie had talked to Brook Lynn, tearfully, that maybe her leaving Port Charles might be the best thing. General Hospital viewers will recall that the two women had quite an emotional discussion over Maxie’s much too frequent visits to the Quartermaine mansion.

It would be even more dangerous now that Austin has revealed he is a Quartermaine relative – that, of course, to be confirmed by the Quartermaine’s own DNA testing. Austin’s DNA will likely have to be compared to Jason Morgan’s (Steve Burton) DNA for a familial match. Maxie spends some sweet time with Louise aka Bailey before she takes off with her other two children. In the meantime, Nina’s cautions that Valentin will become more and more attached to “Bailey” are really starting to hit home. When the truth is able to come out safely, if indeed it ever will, Brook Lynn may have a difficult time herself detaching from the baby, and Valentin’s heart will be decimated. Unrealized by Brook Lynn, Valentin is quite fond of her as well and that fondness is growing as they co-parent “their” baby.