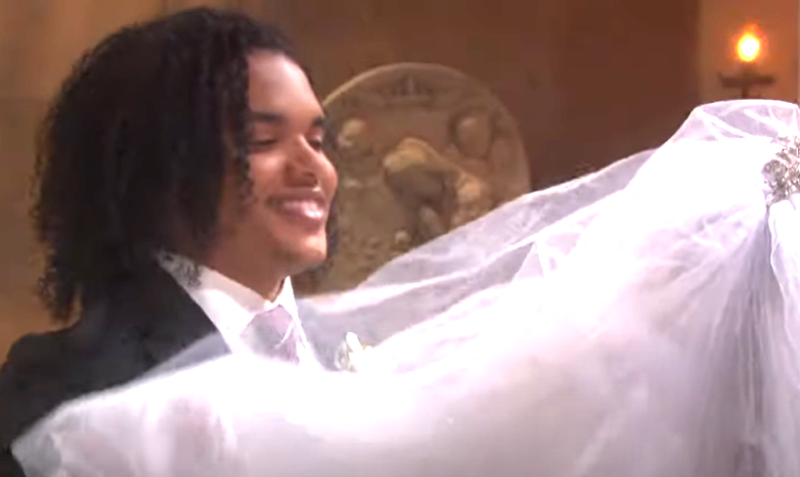 Dyas Of Our Lives Spoilers – Allie Horton The Maid Of Honor

DOOL spoilers reveal that Ciara asks Allie to be her maid of honor. She likely accepts even though she is on Ben’s side. Photos show Allie in a fancy dress and she appears to be helping Ciara get ready on her wedding day. However, it is also confirmed that Allie talks to Ciara about her wedding to Ben and tries to get the amnesiac to remember.

It is confirmed in the new issue of Soap Opera Digest that Ben kidnaps Ciara on her wedding day. A promo shows the wedding starting to happen, including a bride with her veil over her face walking down the aisle. We don’t think this is Ciara and it can’t be Allie as she’s the maid of honor. We are speculating that it might be someone that Theo doesn’t expect to see when he lifts up the bride’s veil. 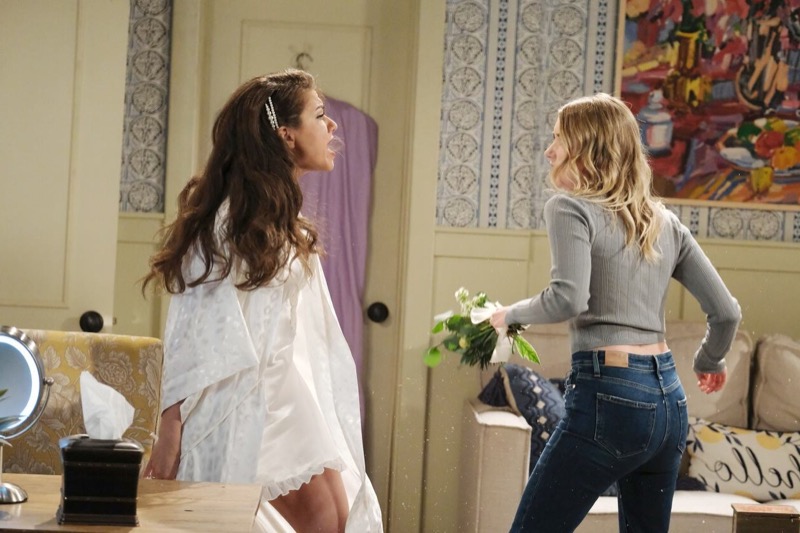 Days Of Our Lives Spoilers – Claire Brady Poses As The Bride

Days of Our Lives spoilers reveal that Ben, Allie, and Ciara all work together to try and stop Ciara from marrying Theo. The police would stop Ben right away if he openly kidnaps her from the ceremony. So, we are thinking that Allie helps trap Ciara so Ben can kidnap her. Then, Claire poses as the bride so nobody suspects anything. That will buy Ben time, at least, until Theo lifts up the veil and sees Claire instead of Ciara.

When Theo realizes that Ciara is not at the wedding, he will demand to know where she is. There will be chaos and confusion among the other wedding guests. Meanwhile, it is teased that Ben takes Ciara to the old Horton cabin where their love story began. It is hinted that Ben’s extreme action actually ends up working as flashes of memories start to come back.

However, a few images coming back to Ciara won’t be enough to convince her that Ben is her one true love. So, Ben will have to keep recreating their love story, scene by scene. Will enough of those memories resurface so Ben doesn’t go to prison? Or has he finally gone too far for the woman he loves? We will have to keep watching the NBC soap to find out.