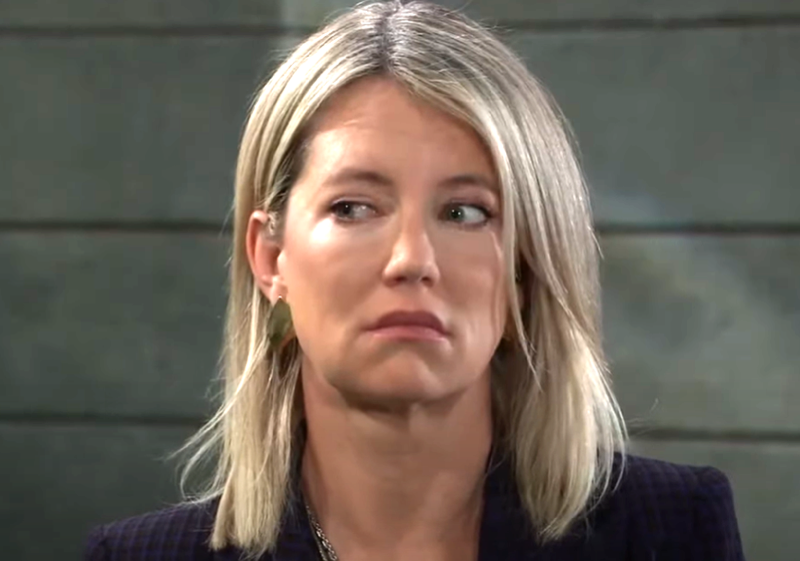 General Hospital (GH) spoilers and updates tease that Maxie Jones (Kirsten Storms) is a mother desperate to be with her baby. She confides in Nina Reeves (Cynthia Watros) about the pain of her “missing” child. When Maxie keeps focusing on Brook Lynn Quartermaine’s (Amanda Setton) baby, Nina fears she plans on kidnapping the infant. That is when the mother blurts out the truth.

GH spoilers reveal that Maxie talks to Nina about what she’s going through. She doesn’t tell her the whole truth, though. At least, not in the beginning. The conversation goes from Maxie’s baby being “kidnapped” to being completely focused on Bailey. It brings up the concern that Maxie might be thinking about kidnapping Bailey.

Cynthia Watros spoke to Soap Opera Digest about the storyline. The actress explained,

“Maxie is really wanting to know about Bailey and how Bailey is; she seems to be really focused on Bailey. Nina looks at Maxie like, ‘You know that this baby needs to stay with Brook Lynn, her mother.’ And Maxie is like, ‘No, she needs to come home where she belongs!’” 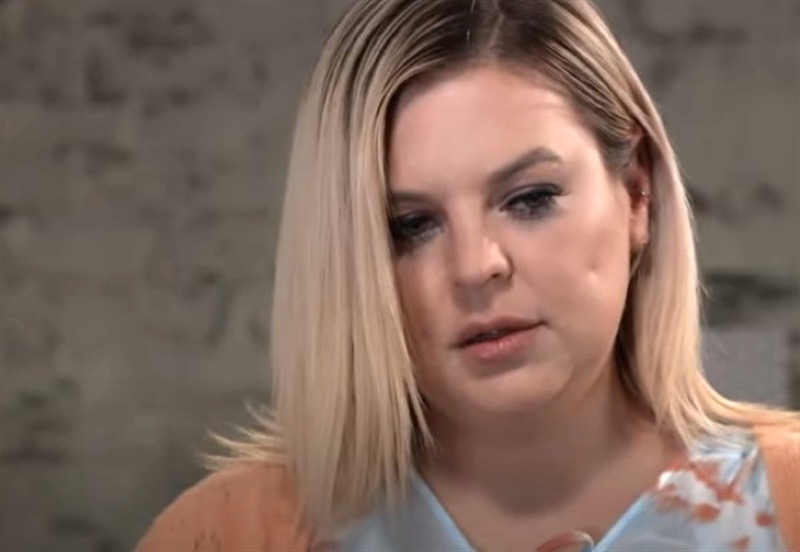 General Hospital spoilers reveal that Maxie needs someone to understand why she’s so focused on Bailey. She wants someone to see why it’s such a struggle for her to deal with this situation. Finally, she blurts out the truth about Bailey actually being Louise “Lou” August. Understandably, Nina wants more information about how this all got put into motion. Maxie tells her that it is all to protect her child from Peter August (Wes Ramsey).

Even though Nina understands that Maxie and Brook Lynn’s plan is all to protect an innocent child, she feels conflicted. She worries about how this is going to break Valentin Cassadine’s (James Patrick Stuart) heart. He’s already so bonded and attached to the baby and Nina’s not sure how to handle the situation. Despite everything that has happened between Nina and Valentin, she still cares about him and is concerned about his heart. She knows that when the truth comes out, it’s going to rip Valentin apart.

“Nina sees how Valentin is falling in love with this baby, so that’s disturbing for Nina. No matter what kind of history Nina and Valentin have had and the hurts that they’ve gone through, she really cares about him and his heart.”

Do you think Nina will keep quiet about Maxie and Brook Lynn’s secret? Or will she feel compelled to tell Valentin the truth about the baby? We will have to keep watching the ABC soap to find out what happens next with this storyline.