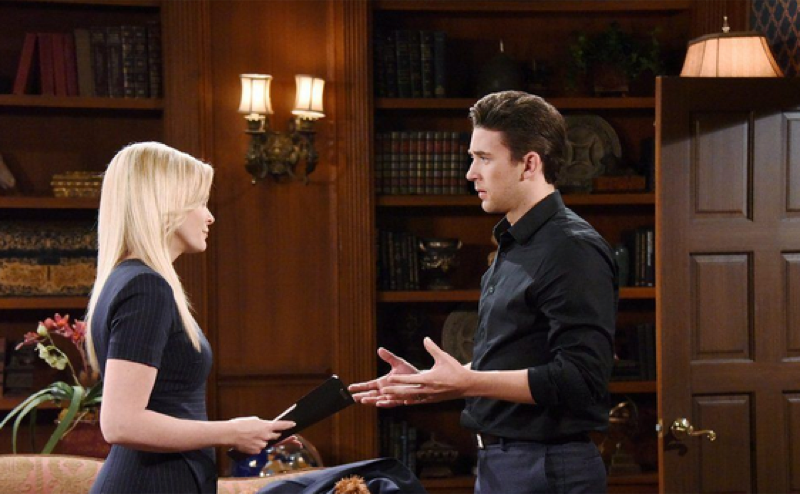 Days of Our Lives (DOOL) spoilers and updates tease that Belle Black Brady (Martha Madison) and Chad DiMera (Billy Flynn) will get pulled into an emergency together in an upcoming episode of Days of Our Lives!

Days of Our Lives viewers know that Eric Brady (Greg Vaughan) and Nicole Brady’s (Arianne Zucker) marriage has been stressed, at least on Nicole’s end. Eric had left on a mission trip to Africa right after they got married, and for the whole first year of their marriage, they’ve not been together at all. Days of Our Lives viewers will recall that Nicole got so frustrated the last time Eric delayed his visit home that she went out and got drunk, and unfortunately because Xander Cook (Paul Telfer) turned out to become her drinking buddy, they had a drunken one night stand that Nicole has regretted ever since.

To make matters worse, her nosy, interfering sister-in-law Sami DiMera (Alison Sweeney) saw her and Xander stumbling into the Salem Inn together that night. But, pot meet kettle! Sami herself had cheated on her husband, EJ DiMera (Dan Feurreriegel) twice with her first husband Lucas Horton (Bryan Datillo) by the time she and Lucas were freed from being locked up in the DiMera wine cellar by Kristen DiMera (Stacy Haiduk)! Guess who freed them? Xander! 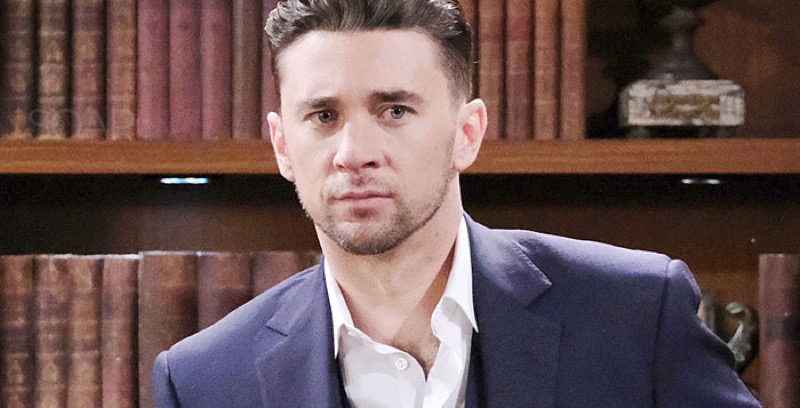 In recent Days of Our Lives episodes, Kristen called EJ about a letter she wrote – about her knowledge of Sami cheating on him with Lucas! Gabi Hernandez (Camila Banus) and Jake DiMera (Brandon Barash) accidentally got the letter, but Gabi wouldn’t let Jake use it against EJ – she brought it to Sami, who brought it to the fireplace and lit a match to it. But unfortunately, someone was watching and pulled it out with a fire poker – and that turns out to be Chad! It sounds like an explosive situation all around!

Days Of Our Lives Updates – What Better Place To Blow Up Marriages Than At An Anniversary Party?

Days of Our Lives viewers will recall that both Nicole and Sami have been trying to bust the other one for adultery; Nicole’s husband, Eric, is Sami’s twin brother! Nicole doesn’t care much about EJ but she wants to bust Sami before Sami has a chance to bust her! Sami already had gone to the Salem Inn to try and get some proof that Nicole and Xander rented a room together, but Nicole was one step ahead of her and mocked up a folio showing she’d rented the room under her Basic Black account.

However, that alone didn’t prove Xander wasn’t in there with her. Nicole then started badgering Lucas about whether he and Sami had something going on which he was smart enough to avoid answering. It sounds here like Nicole will be the one on the defensive, and she will have ammunition on Sami in case Sami tries to bust her to Eric! Brady Black (Eric Martsolf) who is Sami and Eric’s younger brother, already knows about Nicole’s faux pas with Xander. Belle is Brady, Sami, and Eric’s sister. They will all be there and likely EJ and Chad will be there as Sami’s in-laws.

One big question where Chad is concerned is why he pulled Kristen’s letter out of the fire – whose side is he on, EJ’s or Sami’s? As longtime Days of Our Lives viewers know, Sami is a feisty one and sometimes her fights get physical! Perhaps Nicole beats her to the punch and tells what she knows about her and Lucas and she and Chad has the tell-all letter! Will, there be a catfight between Nicole and Sami, or maybe Sami fighting Chad for the letter and Belle tries to pull her away from Chad, or maybe it just turns into a knock-down drag ‘em out free for all?