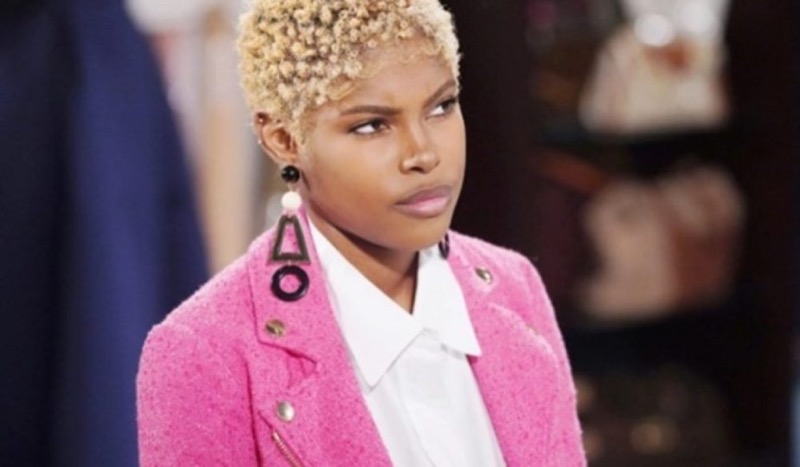 The Bold and the Beautiful (B&B) spoilers and updates tease that Quinn Forrester (Rena Sofer) will do anything to keep her secret. Even though Carter Walton (Lawrence Saint-Victor) had good reasons for wanting to confess, Quinn urged him to keep quiet. This week, we will see Paris Buckingham (Diamond White) tortured as Quinn puts a new plan into motion.

The Bold And The Beautiful Spoilers – Quinn Forrester’s Begging

B&B spoilers reveal that Quinn was stunned when Shauna Fulton (Denise Richards) dropped a bombshell. She informed her BFF that Paris knows the truth about Carter’s fling. At first, Quinn thought that Paris was harassing Shauna about sleeping with the COO. When Shauna clarified that Paris knows the truth because she overheard them talking, Quinn panicked. She literally got down on her knees and begged Paris to keep quiet.

The Bold And The Beautiful Updates –  Paris Buckingham Tortured

Paris said that she hasn’t told Zoe Buckingham (Kiara Barnes) the truth yet. It’s not just about Zoe, though. Paris respects and likes Eric Forrester (John McCook). She feels that both Eric and Zoe have a right to know the truth. As this week kicks off, Paris will feel tortured by the dilemma. White explained to Soap Opera Digest,

“It’s torture. Paris is in a terrible place with this because she doesn’t want to hurt her sister, especially now that they’re getting along so well, but she does feel that Zoe needs to know the truth.” 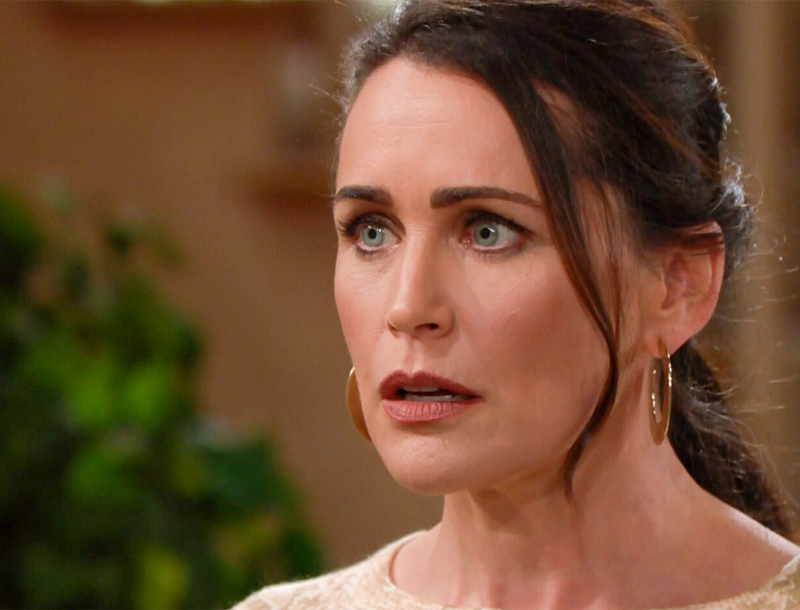 The Bold And The Beautiful Spoilers – New Plan Set In Motion

The Bold and the Beautiful spoilers reveal that Quinn knows Paris didn’t promise not to tell. She just said that she hasn’t exposed the truth “yet.” So, Quinn and Carter know that it might only be a matter of time before their fling comes out. To try and combat that, Carter plans on marrying Zoe as quickly as possible. Meanwhile, Quinn tells Eric that they need to have a vow renewal ceremony.

The Bold And The Beautiful Updates – Vow Renewal Explodes

It is teased that while Quinn is planning the vow renewal ceremony, Eric asks Carter for a special request. We are thinking that she will probably ask Carter to officiate it. Not only that, but Brooke Logan Forrester (Katherine Kelly Lang) starts to become very suspicious of Quinn. As we predicted weeks ago, Brooke is probably going to be the one to expose the truth… just as Quinn did to her during Brooke and Ridge Forrester’s (Thorsten Kaye) reunion party.

Will Eric divorce Quinn once the truth comes out or will he say that he pushed his wife into Carter’s arms? What will the truth do to Carter’s job at Forrester Creations? Will Zoe stay with the man she plans on marrying and what does this mean for her relationship with Paris?