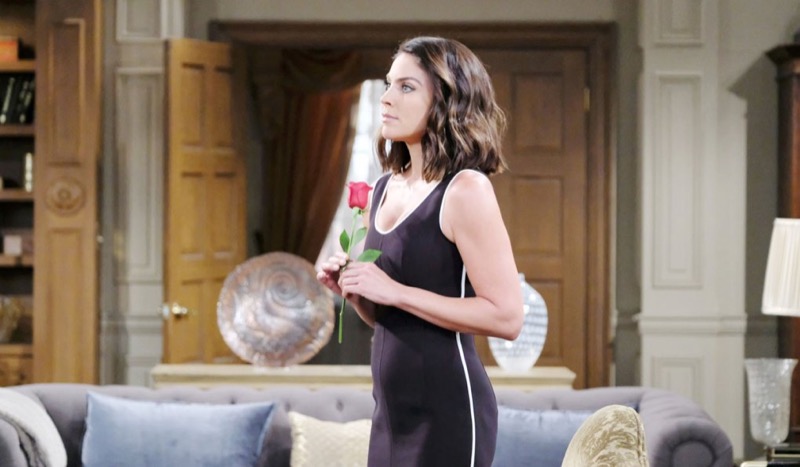 Days of Our Lives (DOOL) spoilers and updates tease that Chloe Lane (Nadia Bjorlin) and Belle Brady (Martha Madison) have been friends since high school. However, they haven’t connected since Chloe returned. That changes next week as Chloe can’t decide between Philip Kiriakis (Jay Kenneth Johnson) and Brady Black (Eric Martsolf). Can Belle help Chloe pick the right man?

Days Of Our Lives Spoilers – Feelings For Brady Black

DOOL spoilers reveal that Chloe and Philip returned to Salem around the same time. He was happy to see his former flame and wanted another chance. However, she didn’t think it was a good idea. Philip didn’t give up, though. One day, he surprised Chloe with a kiss and that’s when he realized why she wasn’t interested. It was due to her feelings for Brady. At the time, Brady was still loyal to Kristen DiMera (Stacy Haiduk).

Then, the kidnapping fiasco with Jan Spears (Heather Lindell) happened. Chloe just got released from the hospital and isn’t exactly in the shape to be going out on dates.

Days Of Our Lives Updates – Charmed By Heroics

Even though Brady and Chloe have feelings for one another, the only reason she is considering Philip is because of his heroics. She feels pretty smitten with the man that went above and beyond to save her from Jan. Philip is going to try and use this to his advantage. He’s playing hardball and doesn’t plan on losing to Brady. 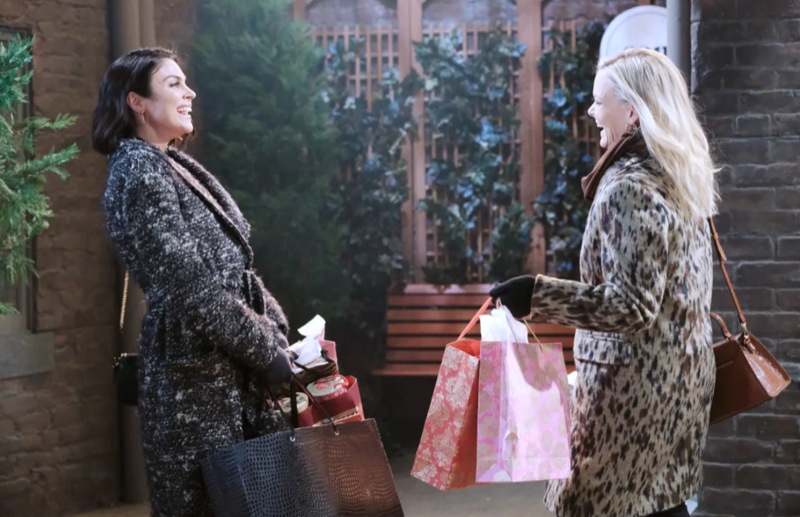 Days of Our Lives spoilers reveal that Philip is pulling out all the stops to get close to her. She’s already staying at the Kiriakis mansion and Philip even offers her a job at Titan. However, she is committed to Basic Black. Even though Brady works there, Chloe feels she owes it to Nicole Walker Brady (Arianne Zucker) to remain loyal. That doesn’t mean she won’t take Philip up on his offer, though.

We also have Philip trying to convince Chloe that Brady’s pulling her into unnecessary drama. Nicole and Chloe are friends, so it’s not really pulling her into it. She will want to know what’s going on with Nicole, as well as why Xander Cook (Paul Telfer) is suddenly working there.

During the week of June 28, Chloe will visit her old friend. She needs help figuring out which man to pick. She asks Belle for her advice on the matter, as she knows both men very well. She is Brady’s sister and she also had a few romances with Philip. Most likely, Belle will explain that she can’t tell Chloe the right decision to make. With that being said, she might suggest Chloe think about how she felt about Philip before he saved her life.

Being rescued can make one develop a crush, but that is not the same thing as love and will only last for so long. As fans know, Chloe didn’t want Philip before she was saved. The only man that was on her mind and in her heart was Brady.