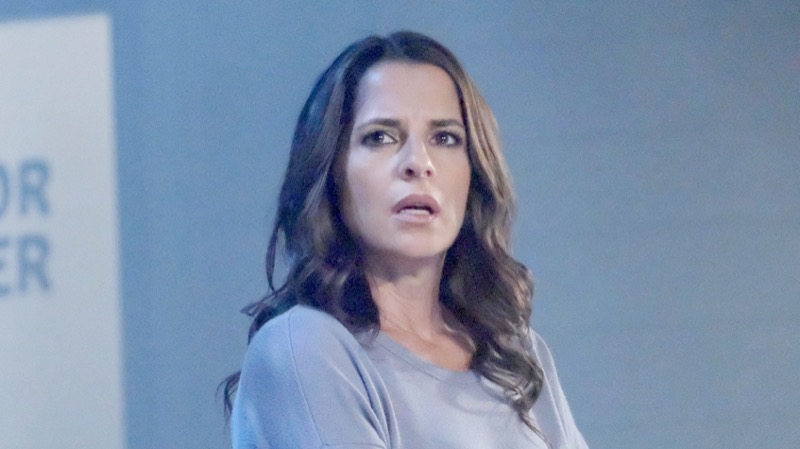 General Hospital (GH) spoilers and updates tease that a hot new hookup could be about to go down between a lonely lady and a hunkie newbie/oldie. If this is true how would you feel about a Sam McCall (Kelly Monaco) pairing with Austin the Backwoods Doctor?

Right now Sam is cooling her jets while her long-time love Jason Morgan (Steve Burton) recuperates from a gunshot wound and appears to be getting involved with his ER doc Britt Westbourne (Kelly Thiebaud).

TPTB has been chem testing Sam with various actors to see if any can spark some kind of emotion from her. Not that she was displaying much with Jason. None of the pairings seemed to indicate a flicker of a flame which indicates there could be a new chem test with the new character.

Fans are cheering to have Roger Howarth back onscreen. He was killed off in a gory bloodfest courtesy of Peter August (Wes Ramsey). We knew he was coming back because he said so! 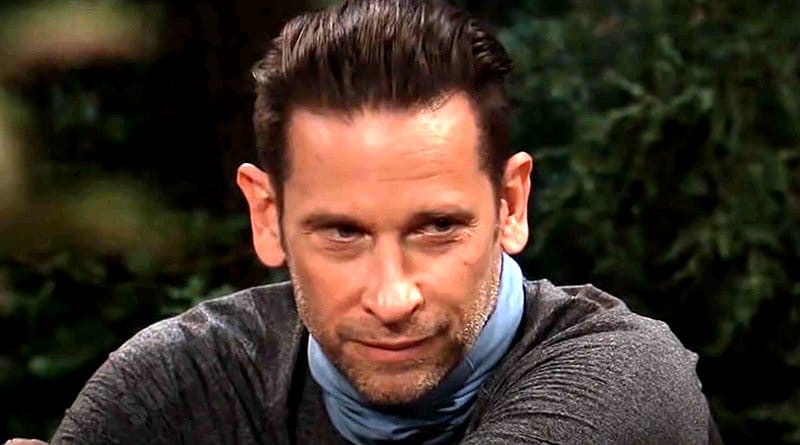 True enough, fans have had their first glimpse of Howarth’s new character Austin, without a shirt no less. He came out of nowhere in the Pautuck forest to help poor Maxie Jones (Kirsten Storms) deliver her baby. He looked hot as heck with a new haircut and that same old infectious grin.

Is he too much for Sam to handle?

The rumor mill is working overtime speculating that Sam hooks up with newbie Austin. It kind of makes sense. For one thing, Austin needs a love interest. For that matter, Sam needs a love interest, one capable of energizing her. For now, Sam is walking through the motions in her daily life and fans have noticed the lack of luster.

Who is Austin? Right now we have to take him at his word that he is a doctor, but he appears to be the real deal in this area. He knew the right questions to ask Maxie and he delivered the baby, even getting it to cry when it was silent.

But what else do we know about him? Nothing at this point! This is maybe how Sam gets involved with the guy. She is a PI and Port Chuck is going to want to know all about the mysterious and handsome new man called Austin!