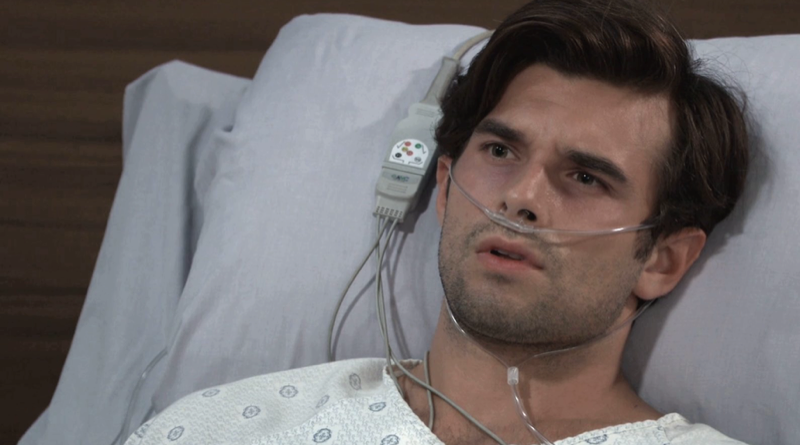 General Hospital (GH) spoilers and updates tease that Detective Harrison Chase (Josh Swickard) has been fighting for his life. Chase was accidentally poisoned by Peter August (Wes Ramsey). Dr. Hamilton Finn (Michael Easton) who is Chase’s brother had been trying to find a way to save Chase. Finn believed that Peter could save Chase by giving him an antidote to the poison.

Finn and Peter got into an argument when Peter did not give Finn the antidote. Finn accidentally pushed Peter down a flight of stairs and believes that he killed him. Elizabeth Webber Baldwin (Rebecca Herbst) came on the scene and helped Finn to cover up the fact that Peter fell. She believed that Finn needed to work to save Chase and not to be worried about Peter. Liz was able to help Finn to find a way to save Chase by using the DNA of his parents to create a cure.

Finn thought that he was Chase’s father but found out that he was not when he tried to give the first dose of the cure to Chase. Later Finn found out that his father Gregory Chase (Gregory Harrison) and Jackie Templeton (Kim Delaney) were really Chase’s parents. Finn was able to save Chase by using their DNA to create a cure for the poison. Chase is going to need time to recover but he is now on the way to getting his life back. 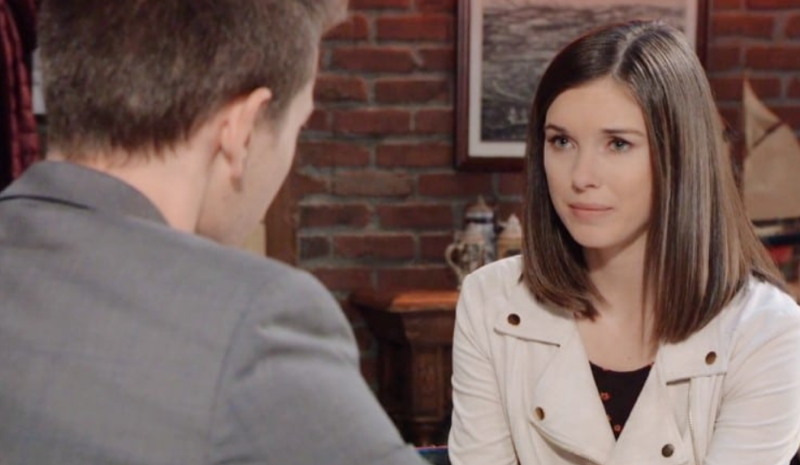 Chase married Willow Tait (Katelyn MacMullen) because he thought that he was going to die and wanted to be married to her. However, Chase is going to recover and he is looking forward to a life with Willow. However, Willow is in love with Michael Corinthos (Chad Duell). Willow did not know how to tell Chase that she and Michael are together while he was ill. Now Willow is married to Chase and does not know what to do about it.

Chase is friends with Brooke Lynn Quartermaine (Amanda Setton) He does not know that Brook Lynn could get into trouble with the law overtaking Louise August (Harper and Scarlett Bloom) to pass off as her daughter Bailey Lois Quartermaine. Brook Lynn took Louise because Maxie Jones (Kirsten Storms) had her concerns about Louise’s father Peter. Chase may be able to help Brook Lynn which may bring them together.

Chase is a dedicated police officer at the Port Charles Police Department. He has not been able to be a police officer while he has been ill. Chase loves being a police officer and wants to get back to work. However, Chase may not be able to return to work at first. He may need time to heal. During that time Chase may find a different career to pursue. Chase is a gifted singer and has performed at the Nurse’s Ball that General Hospital has every year for AIDS/HIV research. Chase may decide to become a singer. Brook Lynn might help Chase to become a singer. She wanted to be a singer but cannot pursue that career because her voice was damaged by Nelle Benson (Chloe Lanier). Brook Lynn might think that Chase should give up law enforcement for a musical career.

General Hospital Chase has to take the time to recover from being ill. He will find that he has many challenges that he has to overcome. Chase is going to find that his family has not changed as much as he thought that it had. Can Chase find a way to help his family come back together now that he is going to survive? Chase does not know that he has lost Willow to Michael. Can Chase accept the fact that Willow wants to be with Michael instead of him? Brook Lynn may need Chase’s help.

Can Chase help Brook Lynn with her problems? Chase may have to find a new path to take for his life. Can Brook Lynn help Chase to find a new profession if he cannot be a police officer? Will Chase and Brook Lynn find out that they want to be more than friends and want to be together? Tune into General Hospital to find out what Chase will do now that he is going to make a full recovery from his illness.