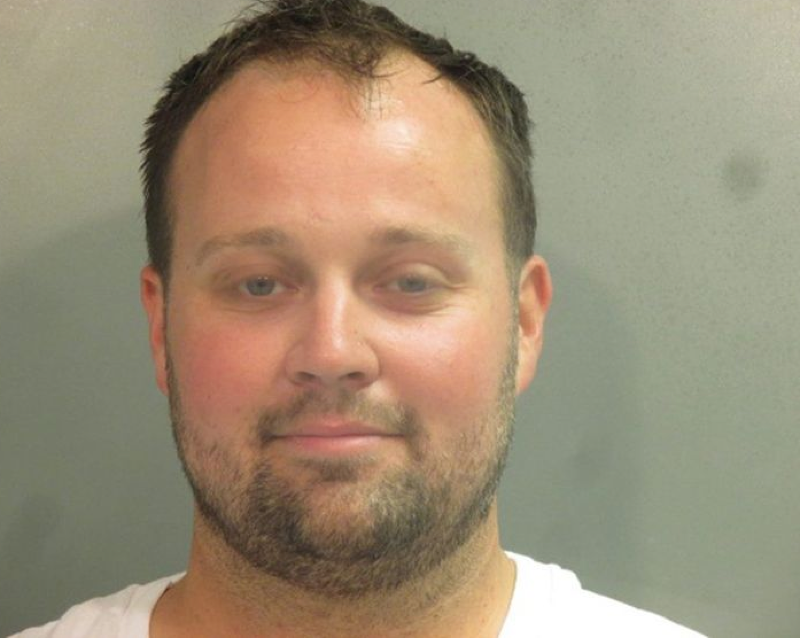 Counting On spoilers and updates tease that Josh Duggar went away with Pastor Reber and his wife after his first court appearance. Under his bail conditions, he has to live there but it’s not all that close to where his wife Anna stays. TLC fans felt a bit shocked that he is still allowed to see his kids. However, it’s not clear if Anna and the kids are even in Arkansas at the moment. New fencing and a gate got fans speculating about if it keeps Josh in or the media out. Some of them wonder if he’s even there at all.

TLC fans naturally speculate a lot about Jim Bob’s eldest son. Certainly, he’s not the only recent arrest for abusive children’s content on his computer. However, he has a famous face. Or, infamous, as some fans think. Whether you like Counting On and its predecessor, 19 Kid and Counting or not, Duggar news is big news. So, it’s not surprising that the property where Josh stays has reporters and photographers lurking around.

Pretty much the family of Josh Duggar seems rather quiet about the case. So, that raises a lot of speculation and even more rumors. For instance, fans heard that Anna’s son Marcus went to Texas. Apparently, he stays with Anna’s sister, Priscilla, and recently attended church camp there. So, fans wondered if Anna put her foot down and keeps him away from his dad. Fox News reported no sign came of Anna and the kid at the Reber’s place on Father’s Day. So, it’s possible she is also in Texas.

Fox reported that a source told them “The area where the home is located is indeed desolate.” When their article came out four days ago, they revealed some photos of the area. Katie Joy from Without A Crystal ball also got some original photos of the property. On her Instagram this weekend, She said the one she shared came from a photographer who supplied Fox with their pictures.

She cited her source as saying that there’s a new gate on the property where Josh Duggar stays. Additionally, the Rebers have put barbed wire around the property. Her source also claims that “no one in the area that they knew has seen Josh at all.” Well, that made TLC fans wonder if the fencing is to help Keep Josh in. After all, Katie Joy’s source mentioned there’s a place nearby where families go to pick berries. 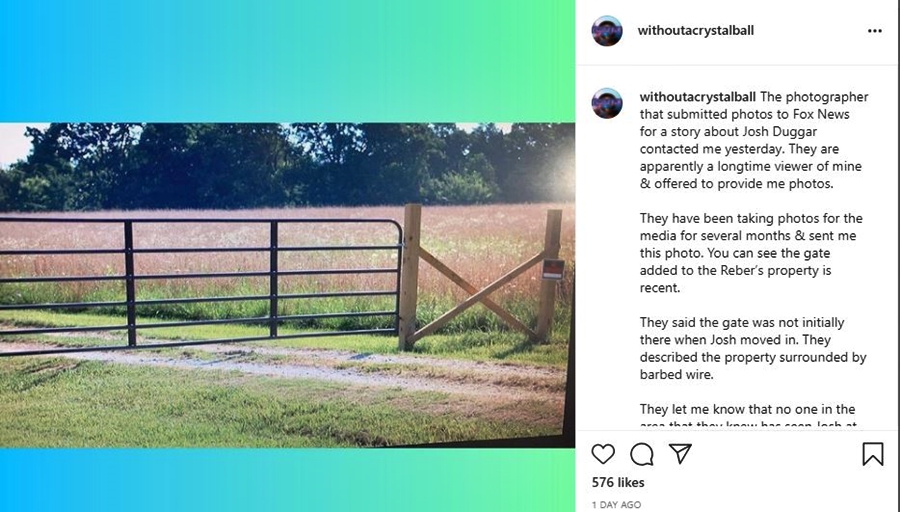 One fan wondered about Josh Duggar and thought he might not even be there. The TLC fan commented, “I want to play devil’s advocate. If no one has seen Josh is he there? Ankle monitors are removed, by the wearers, all the time. Are they erecting barbed wire to keep him safe or to keep people from finding out he is gone?” However, other fans speculated that gate and barbed wire fencing probably keep the media out.

Mind you, one follower mentioned: “I know they probably think it’ll help but if someone really wants on that property barbed wire isn’t going to stop them🤷‍♀️🤷‍♀️🤷‍♀️. I used to climb over that stuff as a kid all the time.”

Remember to check back with us often for more news, and updates about TLC Counting On alum, Josh Duggar.