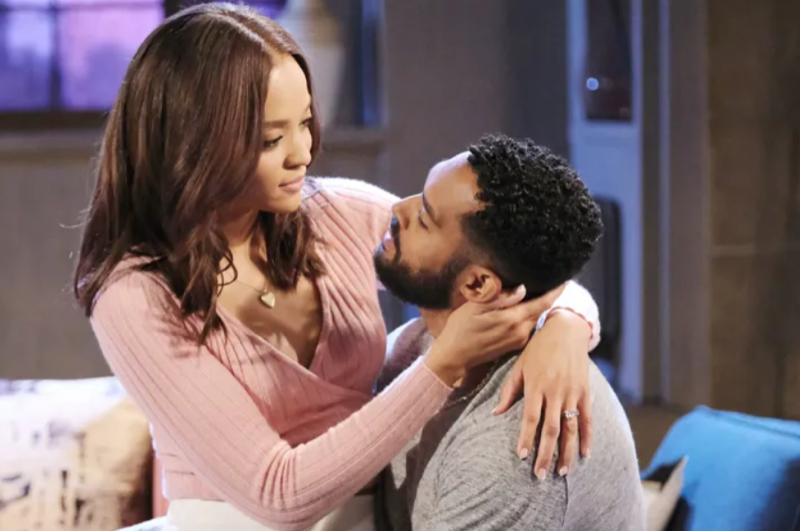 Days of Our Lives (DOOL) spoilers and updates tease that Lani and Eli Grant (Sal Stowers, Lamon Archey) will receive shocking news that will interrupt their anniversary party in an upcoming episode of Days of Our Lives!

Xander had found Gwen with a large bag of opioid pills. As they were trying to figure out what to do with Snyder’s body after he had an apparent heart attack and died on the couch in the Horton House, they had to dodge Julie Williams (Susan Seaforth-Hayes) coming in and assuming Snyder was passed out drunk, and then Jack Deveraux (Matthew Ashford) had come in after Julie left! 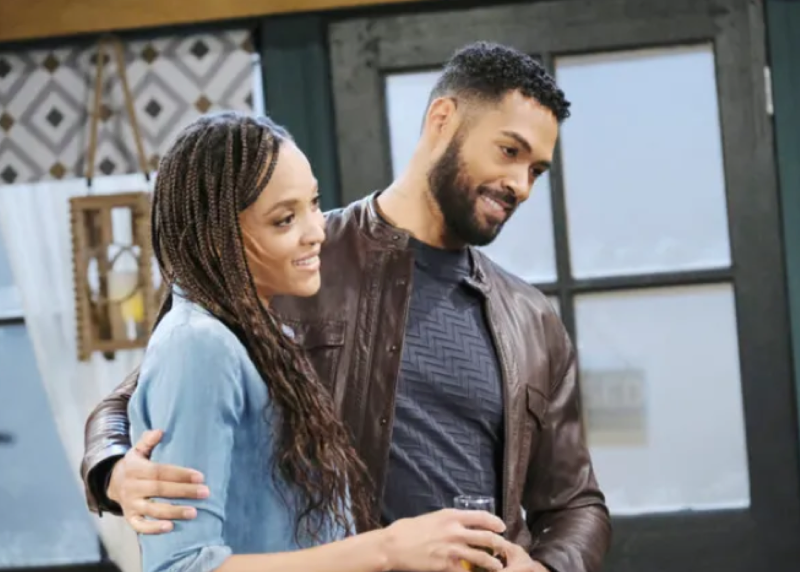 Xander and Gwen then had Snyder on the floor under a coffee table, with them sitting on the couch watching cartoons together on television and a blanket on their laps which partially obscured Snyder’s body on the floor! But both Gwen and Xander knew they had to come up with a more permanent solution than that! Xander, with much more experience in disposing of dead bodies than Gwen, has likely made it his job!

Days of Our Lives viewers know that Xander had to think quickly and work quickly to get rid of Snyder’s body. Short of burning it, which would undoubtedly create a lot of unwanted attention, probably the best way to make sure that it would be unrecognizable would be to throw it into a body of water. That way when it did eventually surface, it would be bloated and maybe fish eaten, as bodies tend to be when they’ve been underwater for a while. Perhaps, Xander reasoned, it would be assumed that the man fell in and drowned.

Days of Our Lives viewers know there are the pills Xander has to dispose of as well…perhaps the best way may be to put them in Snyder’s pocket. For the Fourth of July holiday, Tripp Johnson, (Lucas Adams) Claire Brady, (Isabel Durant) Ben Weston (Robert Scott Wilson) and Allie Horton (Lindsay Arnold) go to an area lake with a beach and a swimming area to have some fun.

Unfortunately, their holiday outing is ruined when Allie and Claire discover Snyder’s body in the lake, and so is Lani and Eli’s anniversary party when Eli gets the call to go investigate! Apparently Claire’s father, Shawn Brady (Brandon Beemer) and Rafe Hernandez (Galen Gering) are tied up and cannot answer the call. Eli determines that Snyder’s dead body in that lake is likely no accident, and that is what starts another whodunit in Salem!

The Bold And The Beautiful (B&B) Spoilers: Donna Confesses She Still Loves Eric