British royal family news reveals that royal watchers are noticing that the brouhaha over Oprah Winfrey’s interview with Meghan Markle and Prince Harry continues to make waves. In the wake of that headline-making interview, which was filled with accusations including royal family racism, Queen Elizabeth and Prince Charles reportedly are leading an effort to change the perception of the clan.

But can the royal family really re-brand itself in the same way as classic Coke versus New Coke? Or is it too little too late? Get the inside story on royalty’s efforts to do damage control below.

The death of Prince Philip resulted in the return of Prince Harry to the U.K. Leaving his pregnant wife Meghan Markle in California, Harry faced challenges in meeting up again with his royal relatives.

Royal family observers have made it clear that no one in The Firm, as the royal family is known, has forgotten what both Harry and Meghan told Oprah. From accusations that the royal family is racist to blaming Prince William’s wife Kate Middleton for making Meghan cry, the couple dropped one bombshell after another. 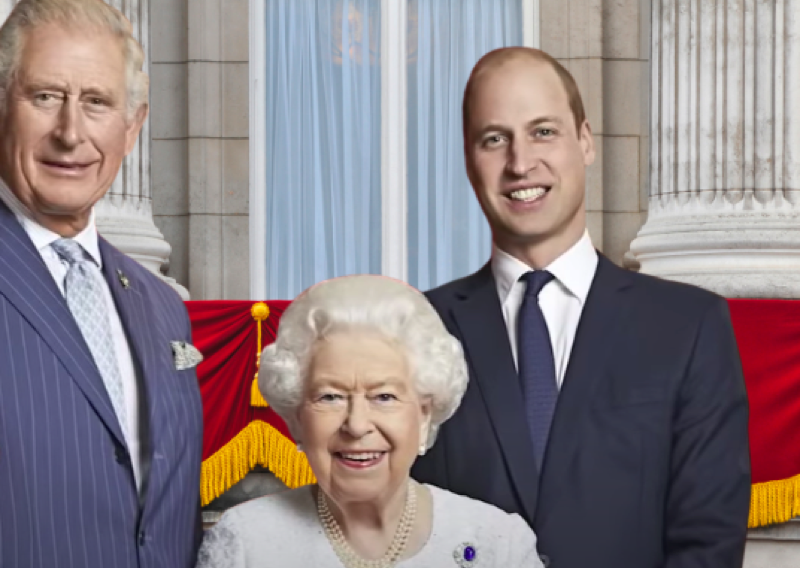 As a result, although Prince Harry returned alone to the U.K., he was seen as representing both himself and his wife Meghan Markle. Inevitably, Harry’s presence caused royal family onlookers to recall exactly what Harry and Meghan had said in their Oprah interview.

It’s not surprising, then, that the rumored reaction of Prince Charles, Queen Elizabeth, and Prince William to Harry’s departure is: “Thank God [Harry is] gone!”

With Philip’s passing, Charles and William in particular must focus on supporting Queen Elizabeth while looking at how to re-brand the royal family image. Charles is rumored to be in charge of looking at how individual royal family members may come together for public events.

Prince William is thought to be in a position for a more prestigious role, given that Prince Andrew was forced to retreat following publicity about his friendship with convicted sex offender Jeffrey Epstein. And that shift in the royal family is significant not just for William.

Ever since William married Kate Middleton on April 29, 2011, the two have increasingly become a royal power couple. Despite Meghan Markle slamming Kate in her interview with Oprah Winfrey, William’s wife is perceived as a caring individual and loving mother to their three children Prince George of Cambridge, Prince Louis of Cambridge, and Princess Charlotte of Cambridge.

With the perceived need for a royal family re-brand, Charles and Queen Elizabeth may put William and Kate in charge of public events. Their obvious affection for each other shows the strength in the royal family, while their youth may appeal to a broader audience.

And while Charles may miss his son Harry and William long to renew his friendship with his brother, an insider alleged that life in the royal family is a “lot calmer” without Meghan and Harry repeatedly “kicking off over why they couldn’t just do what they wanted.”