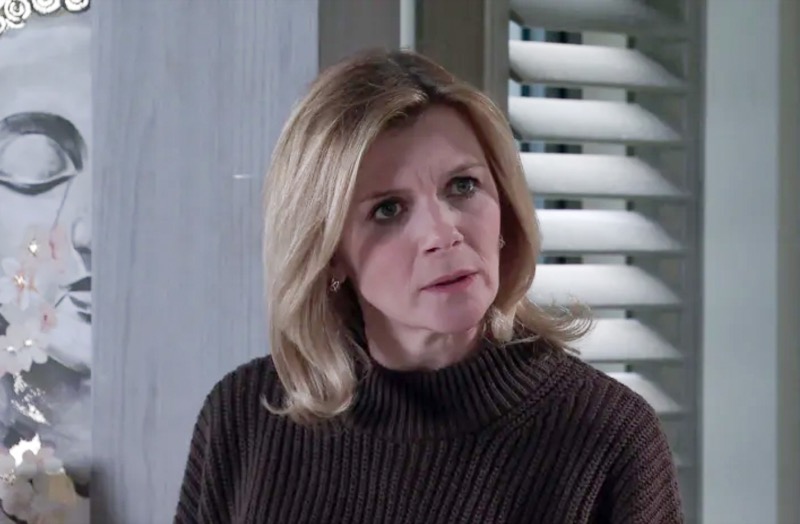 Coronation Street spoilers reveal that as Simon Barlow’s (Alex Bain) drug story worsens, Leanne Battersby (Jane Danson) takes drastic action. She tells Simon that they need to go to the police. He flies into a panic and informs her what will happen if the police get involved. He says that the punishment for turning on his boss is death. So, what is Plan B?

Corrie spoilers reveal that Jacob Hay (Jack James Ryan) is at the flat when Simon tells him that he got the bag of drugs back. He can goi make the deliveries now, which is said right in front of Leanne. He angrily tells her that the only reason he has to deal drugs is that she quit her job and spends all their money on psychics.

That is when Leanne tells Simon that they are going to the police. He completely freaks out and panics about his fate if she breathes one word to the cops. She is stunned and doesn’t understand why Simon is protecting the people he is working for. He basically tells her that if she talks to the police, then she will be signing his death warrant. 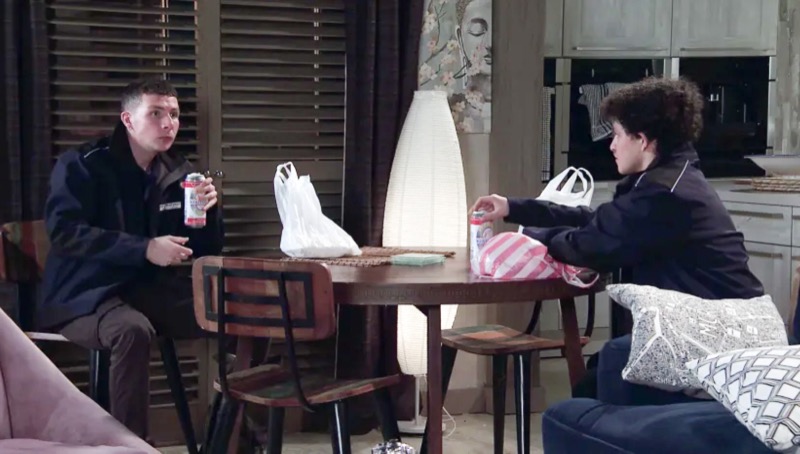 Disloyalty And The Death Penalty

Coronation Street spoilers reveal that Simon has already seen things that he’ll never be able to get out of his head. He’s most likely heard things, as well as been told what happens to people who cross his boss. Plus, viewers remember the incident that traumatized Sam Blakeman (Jude Riordan). He watched Jacob make Simon participate in beating up a young man before shoving him in the trunk of a car. Simon has only been dealing drugs for a very short time, but already knows the rules. He also is aware of exactly what happens to those who are disloyal.

Leanne thinks about what Simon told her as he goes out to deliver more drugs. She can’t let him continue doing this or he’ll die. But if she goes to the police, then he’ll still die. So, she goes to talk to Carla Connor (Alison King), who marches over to confront Jacob. However, she is threatened and ends up having a target on her back. So what can be done to help save Simon or is it already too late? 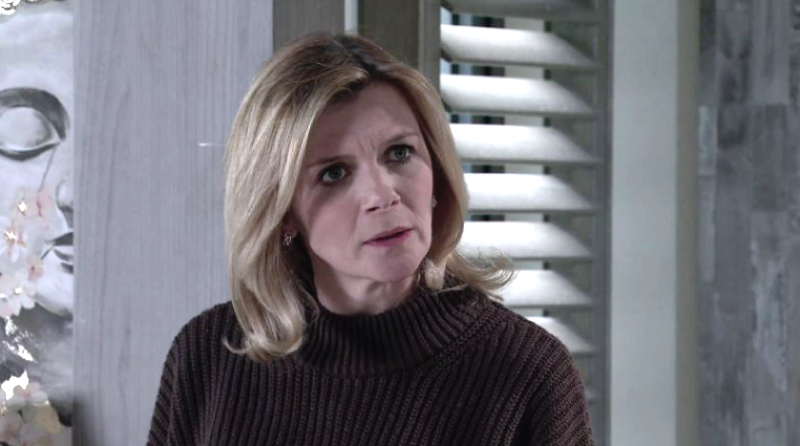 What do you think ends up happening with Simon Barlow? Will he end up getting killed by the people he’s working for? Or could he indirectly be responsible for someone else’s death? Will Leanne, Carla, and others come up with a plan that will actually work? We will have to keep watching the ITV soap to find out how this storyline ends.