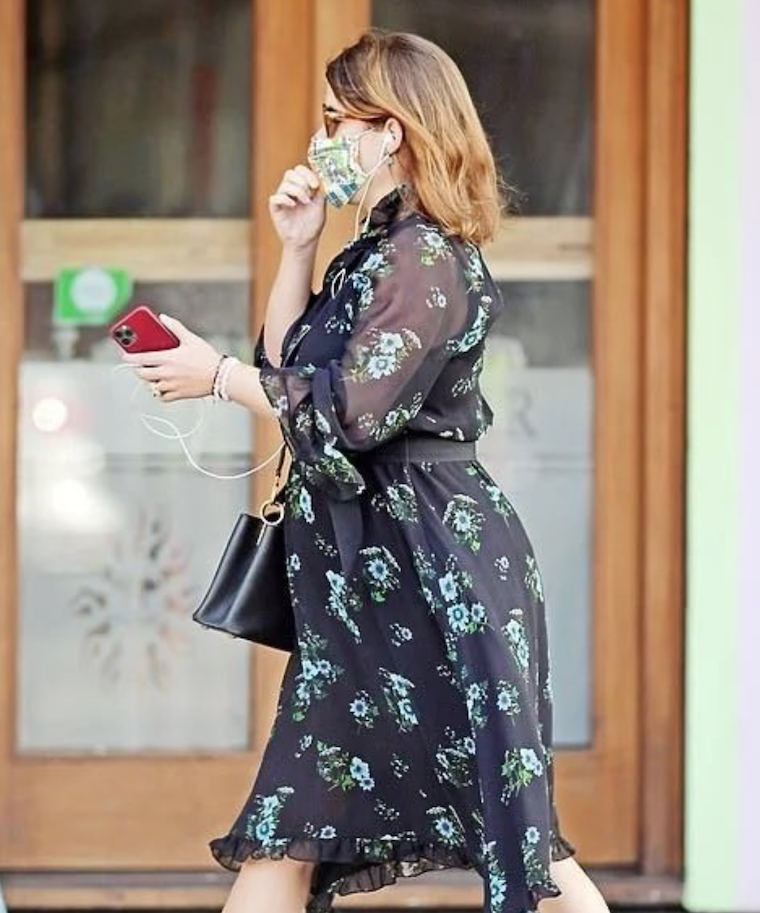 Queen Elizabeth’s granddaughter appears to be sporting what some eagle-eyed royal fans believe to be a baby bump. Here’s what you need to know.

Princess Eugenie married her husband, Jack Brooksbank, in a royal and very lavish wedding back in October of 2018. And while a lot of royal couples often start their families during the first year of their marriage, that hasn’t been the case for Eugenie and Jack. Instead, they’ve been focusing more on spending time with one another, their projects, their passions, and of course, their charity work.

But now that the couple is fast approaching their second wedding anniversary, could they be expecting a royal bun in the oven? That’s what some fans can’t help but wonder after Eugenie was spotted sporting what looks like a baby bump while she was casually shopping in west London this past weekend. The 30-year-old donned a patterned face mask and royal sunglasses as well as a floral dress that accentuated her figure.

So far neither Princess Eugenie nor Buckingham Palace has made any comments about the speculation, but that hasn’t stopped royal watchers and fans commenting on the photos of her that were published in the Daily Mail. Many of them said, “if she is pregnant, this would be great news for her and Sarah Ferguson. She’s been wanting to be a grandmother for the longest time now. I wish them nothing but the best,” along with, “If Princess Eugenie is pregnant I’m sure that the royal family will make an announcement sooner or later. This is so exciting for Eugenie! She is going to be a fantastic mum.”

For now, drop us a line with your thoughts in our comments section below. And as always, don’t forget to come back right here to Celeb Baby Laundry for all the latest news and updates on your favorite royal and celebrity tots right here!

The Bold and the Beautiful Star Ashley Jones Gets Real About Life, Love, Loss and Social Media