The Bold and The Beautiful Spoilers: Jacob Young Celebrates His Daughter’s Birthday 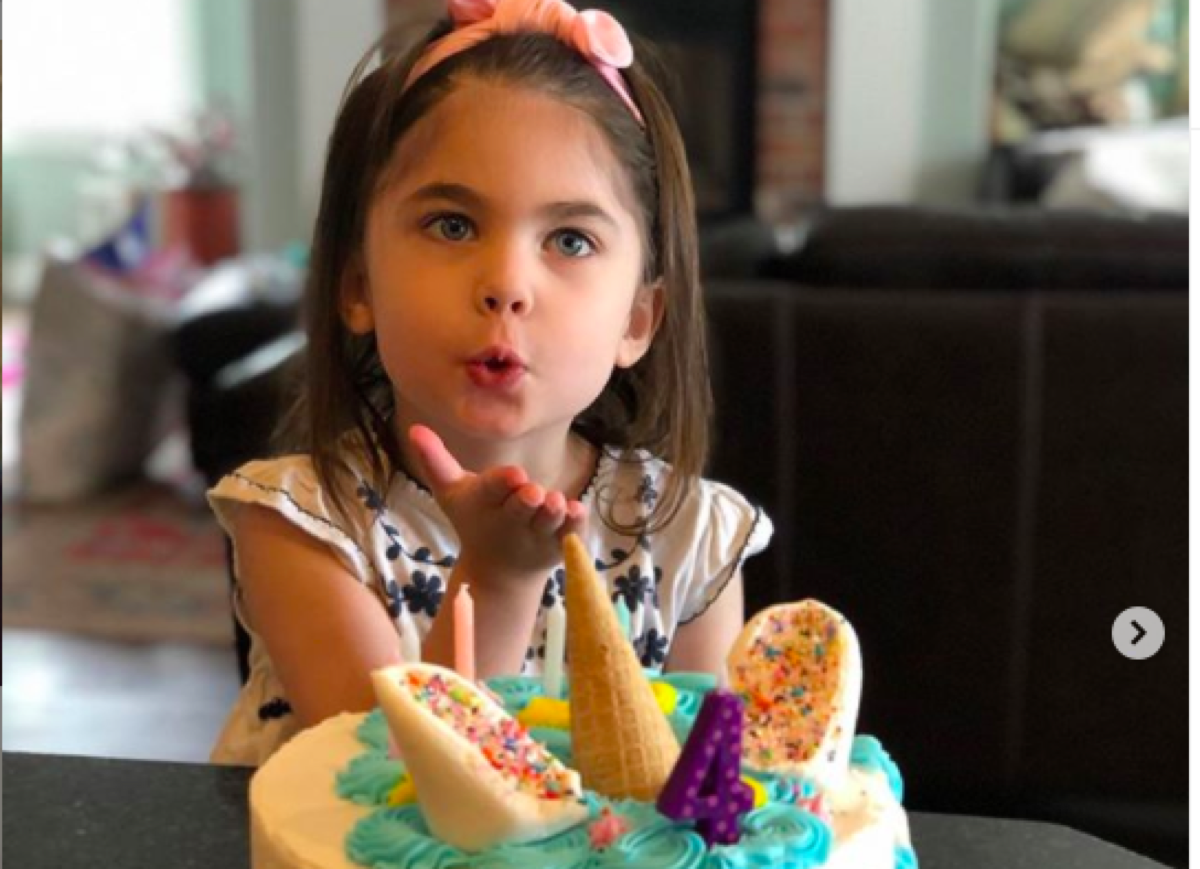 The Bold and the Beautiful spoilers tease teases that actor Jacob Young is celebrating his daughter Grace’s fourth birthday, at home, with a beautiful custom made birthday cake and posted about it on Instagram recently.

Jacob and his wife Christen have three children – Luke, Molly and Grace, with Grace being the baby of the family. She strikes a sweet pose with a bow on her head, blowing a kiss, and her beautifully decorated birthday cake on the table in front of her. Jacob comments, “My gosh, I can’t believe how our beautiful girl is growing up! Gracie, you are truly one of a kind!

The Bold and the Beautiful Spoilers: Ashley Jones Believes It Is Important To Keep Children’s Lives As Normal As Possible, Including Online Church

Mommy and I love you soo much. Happy 4th Birthday you sweet eccentric girl you!” Jacob is best known known to daytime drama fans as JR Chandler on All My Children, Rick Forrester on The Bold and The Beautiful, and the second Lucky Spencer on General Hospita

l. Luke is a proud Boy Scout who recently made promotion after being a cub scout and a webelo, and also has a modeling contract for “Lane Frost”, a western wear company named after the late Lane Frost, a championship cowboy and bull rider from 1983 to 1989. Molly likes to help her parents cook from their “Hello Fresh” meal kits that they frequently order. Luke, Molly, and Grace also frequently enjoy playing their favorite game, Monopoly together.

My gosh, I can’t believe how our beautiful girl is growing up! Gracie, you are truly one of a kind! Mommy and I love you soo much. Happy 4th Birthday you sweet eccentric girl you! ❤️❤️ @christenyoung4

More About Jacob Young And His Acting Career

He garnered a Daytime Emmy Award as Outstanding Younger Actor in a Drama Series for that role in 1999. He later portrayed the second Lucky Spencer, son of iconic General Hospital characters Luke Spencer, played by Anthony Geary, and Laura Spencer Collins, played by Genie Francis, in the ABC daytime drama “General Hospital” for three years, from February 25, 2000 through February 10, 2003. In 2001 People Magazine voted him “Sexiest Soap Star”. In 2002 he won another Daytime Emmy award, this one also for Outstanding Younger Actor in a Drama Series.

He also portrayed JR Chandler, son of Adam Chandler, played by David Canary, and Dixie Cooney, played by Cady McClain on the defunct ABC daytime drama “All My Children” for the longest time period, October 1, 2003 through September 23, 2011. In 2005 he was nominated for a Daytime Emmy Award for Outstanding Younger Actor, and in 2009 he was nominated for Outstanding Supporting Actor in a drama series. He reprised his role as Rick Forrester on The Bold and The Beautiful in 2011 and was dropped to recurring in April 2018.

Keep an eye out for Jacob Young on your television screens, and check Celebrity Baby Laundry frequently for all the latest news, updates and developments!

The Young and The Restless Spoilers: Elizabeth Hendrickson Sings A Lullaby To Her Baby Girl As She Waits For Her To Arrive