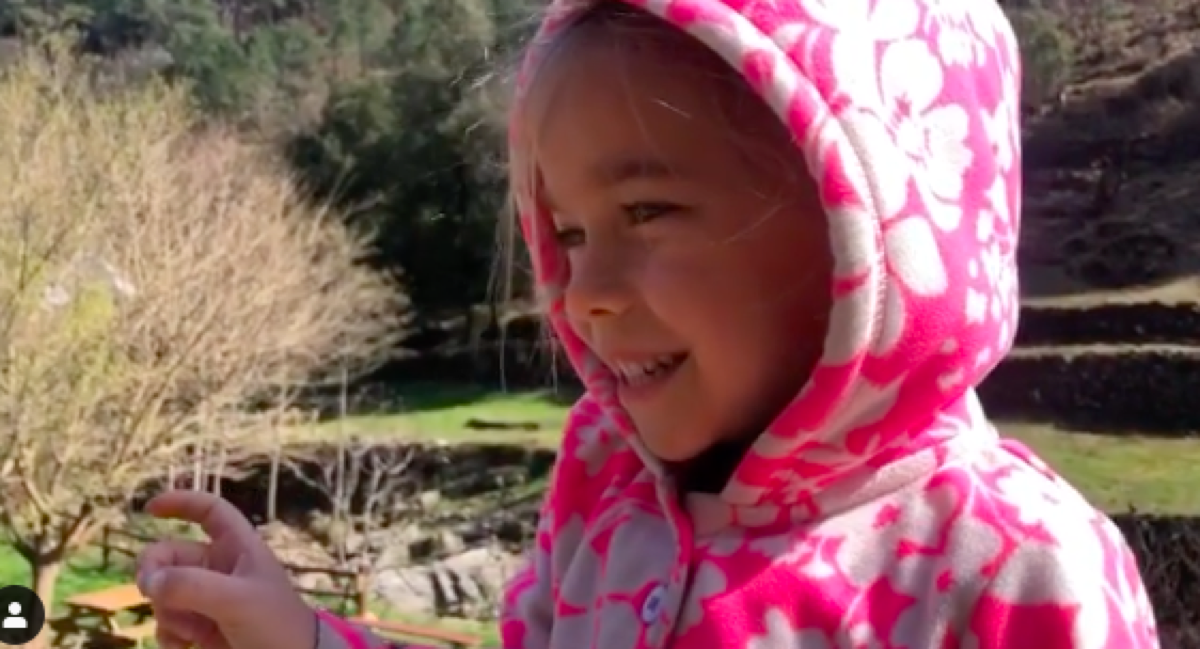 General Hospital spoilers teases that Jophielle Love and her family are having fun at their home in France, “Mas Pinet” and Jophielle gives fans a tour on Instagram and also on You Tube!

Jophielle Love Takes Viewers On A Tour Around The Property

On the You Tube version, Jophielle sings in a tunnel, walks around with her brother and her dog, and just plain looks so cute! She also says hello to the family herd of sheep. She comments on the Instagram post, “Hi everyone! I thought I would share some sweet outdoor fun with you all during these times of confinement!

To see the whole video you need to go to my new youtube channel @ Jophielle Love and subscribe , hit the bell 🔔 Like ❤️ and all! My family and I escape confinement in L. A for one more in nature at our house in France! ; ) see you on youtube! ❤️Link in my bio!” The link for the You Tube channel and the full video are at https://www.youtube.com/watch?v=Tlh3XnByKh8 .

More About Jophielle Love And Her Family

Jophielle was born on May 20, 2014 in France to Karine Mauffrey, a stunt woman, and Jade Kindar-Martin, a high-wire walker. She started acting at age 3, in a Citibank commercial with her dad and her brother in 2018, which aired for a year. She has two older brothers, Gabriel Sky and Raphael Luce, who are both actors, and with her parents, she splits her time between living in Los Angeles and Southern France, in an artist’s retreat called “Mas Pinet.”

Jophielle debuted on the ABC daytime drama “General Hospital” on October 23, 2019 as Violet Barnes, the daughter of Dr. Hamilton Finn, played by Michael Easton, and Hayden Barnes, played by Rebecca Budig. Rebecca, a mother of her own little girl about the same age, got so attached to her tv daughter that she sets up play times with her (and probably her own little girl, Charlotte Jo joins in too).

Jophielle started her acting career at the age of three, and has been in the ABC primetime television show “Grey’s Anatomy” as Clervie Martin for an appearance and in some commercials and a short. She also appeared in a movie called “Rose” as Jophielle Kindar-Martin.

In her first appearance, Violet was seen lying in a hospital bed, either asleep or unconscious, and it looked like Finn had been following Hayden to find the truth of whether she had a child or a dog, which she called “Honeybun” on the phone when he overheard her and confronted her. Hayden said “Honeybun” was her dog, and claimed Aiden Webber (Jason David) had made a finger painting which Finn saw, which Aiden later denied.

In Monday, October 21st’s General Hospital episode, Finn talked with Curtis Ashford (Donnell Turner), Hayden’s close friend as well as Finn’s, and asked him if he knew anything about what Hayden had been doing since leaving Port Charles, and Finn stranded at the altar as a runaway bride, until she returned a few months ago. They discussed the note that Curtis found in her hotel room where he had tracked her to that was to Finn and telling him she had miscarried, but had left the hotel and never sent the note.

Curtis was the one who brought the note to Finn but couldn’t explain why she didn’t send it unless she left it for Curtis to find, figuring he would track her. Hayden had contacted Finn since that time, sending the letter in care of Curtis, and wanting him to meet her in Rome, but Finn had moved on with Anna Devane, (Finola Hughes) by that time and declined. Now, Hayden is missing again, but not of her own accord; her previous husband, Nikolas Cassadine (Marcus Coloma) had scared her out of town by hiring a thug to try and kidnap her, after which he pretended to rescue her and she left little Violet with Finn and Anna. Now, several months later, calls to Hayden don’t go through and the little girl is missing her mommy!

Check out ABC’s “General Hospital” to see Jophielle as Violet, and check Celebrity Baby Laundry frequently for all the latest news, updates and developments!

The Bold and the Beautiful Spoilers: Ashley Jones Believes It Is Important To Keep Children’s Lives As Normal As Possible, Including Online Church