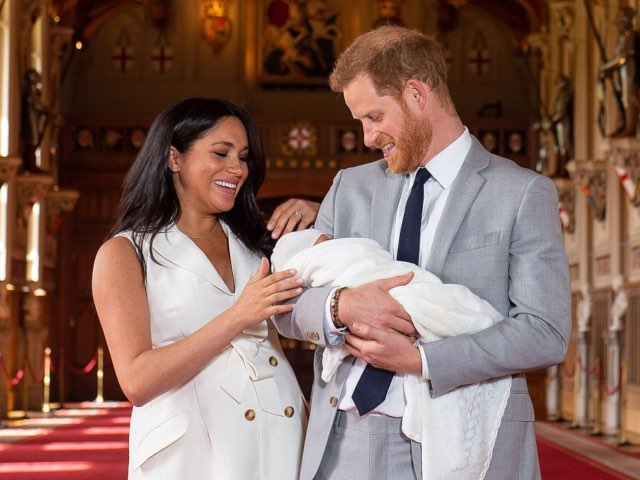 Sure, they are both members of the British royal family and have fathers that are brothers. But there’s something else that Prince George and his new cousin Archie Harrison have in common: their name. Before Prince Harry and Meghan Markle announced Baby Sussex’s name to the world, it was Prince George who referred to himself as the first and original ‘Archie’ in the monarchy. Here’s what you need to know.

On Wednesday afternoon, the Duke and Duchess of Sussex revealed on their official Instagram account their newborn baby boy’s name: Archie Harrison Mountbatten-Windsor. And while the world just can’t get over how cute and adorable little Baby Archie is, a lot of royal fans remember that it was Prince George who came up with the name first.

Earlier this year one royal fan told the press that while she was walking her dog in a park near Kensington Palace, she happened to strike up an interesting conversation with the future King of England.

The woman told Britain’s The Sun that George was visiting with his grandmother Carole Middleton with his sister, Princess Charlotte. She said that she was asked to not take any photos of the children, however, she was able to talk to George and allowed the young prince to pet her dog.

“I asked George what his name was, even though I obviously knew it,” she said. “To my astonishment, he said, ‘I’m called Archie’ with a big smile on his face.”

Of course, there’s a good chance that Archie might be Prince George’s nickname behind closed doors. So far Kensington Palace hasn’t confirmed or denied the report. But with that said, it will be interesting to see how little George reacts to his new baby cousin. Will there be two Archie’s in the family? Here’s hoping they get along!

In the meantime, let us know what you think by leaving us a line with your thoughts in our comments section below. And as always, come back to Celeb Baby Laundry for all the latest news and updates on all of your favorite celebrity parents and tots right here.

The Young and the Restless Star Daniel Goddard Shares A Pic Of His Mini-Me!

Brandon Barash Has A Goldilocks-Inspired Breakfast With Daughter Harper