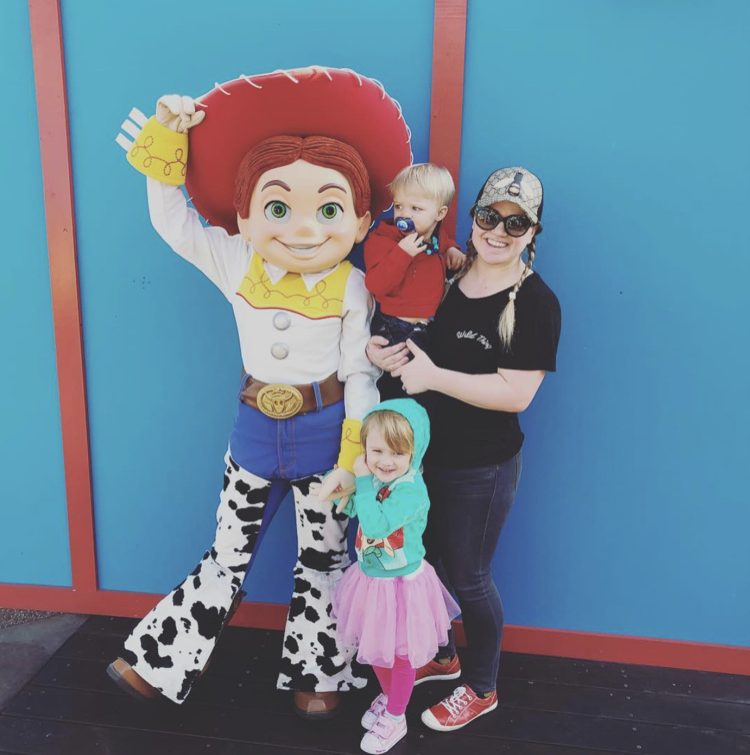 The singer posted an adorable shot via Instagram of herself with her two children River and Remmington while posing with Jessie at Walt Disneyland in Anaheim, CA.

The star also shared a shot of her daughter affectionately posing with Gaston from Disney’s Beauty and the Beast.


Clarkson recently revealed that she is “not above a spanking” when it comes to disciplining her children.

“I’m not above a spanking, which people aren’t necessarily into,” she said in a recent radio interview with 94.1 in Atlanta, Georgia. “I don’t mean hitting her hard. I just mean a spanking.”

“My parents spanked me, and I did fine in life, and I feel fine about it, and I do that as well,” Clarkson said. “That’s a tricky thing, when you’re out in public, because then people are like, they think that’s wrong or something, but I find nothing wrong with a spanking.”

She is married to Brandon Blackston.

Tips For Taking Toddlers To Disneyland