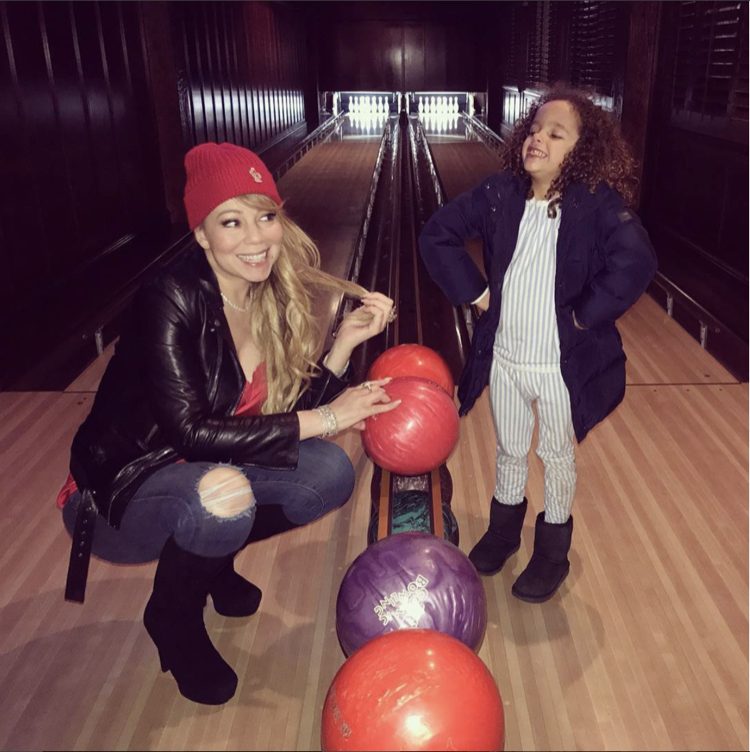 And it’s a strike!

Mariah Carey took to Instagram to share a shot of herself and twins son Moroccan hitting up the bowling lanes with one another.

“Bowling with dat boy 😍,” she captioned the shot.

Carey’s daughter Monroe was not pictured.

The singer is back in the studio to work on her 15th album.

Carey revealed the news to her fans by sharing a shot of herself at the famous Westlake Recording Studios in West Hollywood, CA.

Missed my 2nd home. Feels good to be back 💞💞 #StudioTime #GettingStarted

The album is expected for summer 2018 release, four years after her last.