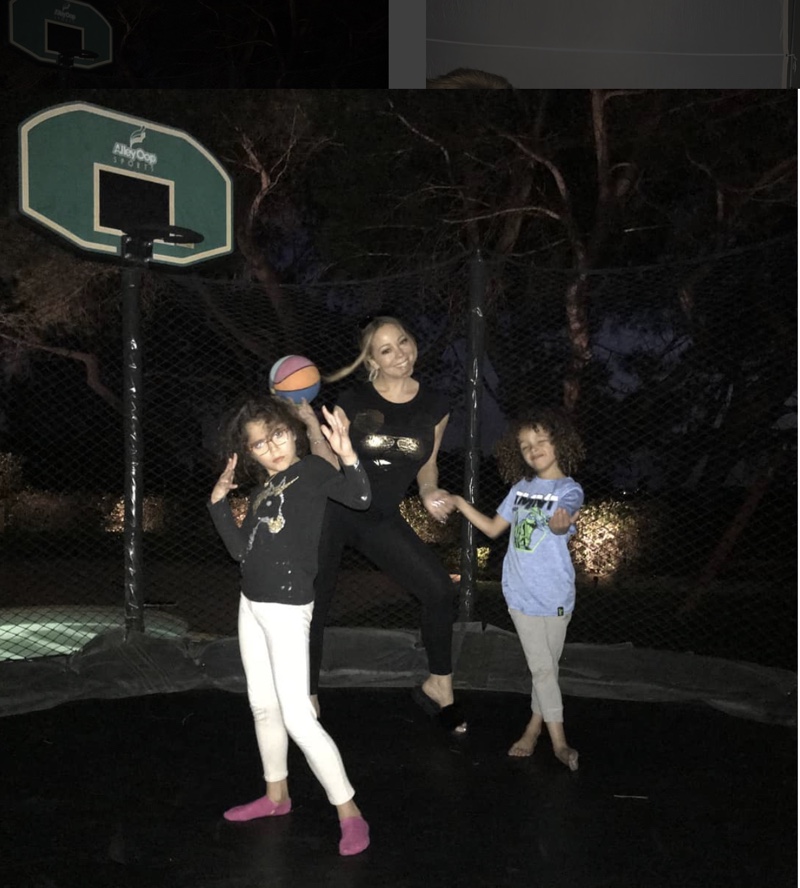 Mariah Carey took to Instagram to share a shot of herself and her 6-year-old twin children Monroe and Moroccan playing outside their home on a trampoline.

“Pon de trampoline with Roc & Roe 💖 #family,” she captioned the shot taken over the weekend.

“Until recently I lived in denial and isolation and in constant fear someone would expose me,” said Carey who first disagnosis with the disorder in 2001. “It was too heavy a burden to carry and I simply couldn’t do that anymore. I sought and received treatment, I put positive people around me and I got back to doing what I love — writing songs and making music.”

She is currently in therapy and taking medication for bipolar II disorder, which involves periods of depression as well as hypomania.

“I’m just in a really good place right now, where I’m comfortable discussing my struggles with bipolar II disorder. I’m hopeful we can get to a place where the stigma is lifted from people going through anything alone. It can be incredibly isolating. It does not have to define you and I refuse to allow it to define me or control me, ” the singer told.