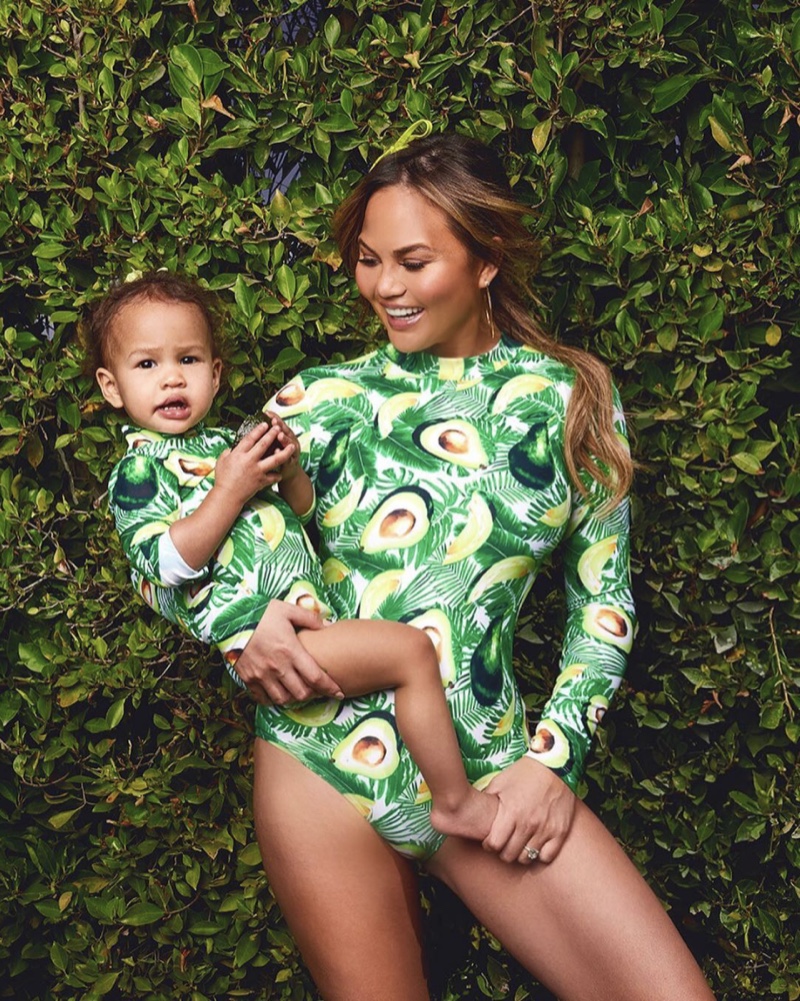 Chrissy Teigen took to Instagram to share a photo with her and daughter Luna from a shoot for her upcoming cookbook, Cravings 2.

In the shot, Teigen holds her daughter on her hip while smiling down at her lovingly. Luna holds an avocado while wearing an avocado bodysuit that matches her mom.

Earlier in the week, Teigen shared another photo of her daughter who makes various appearances in the model’s second cookbook.