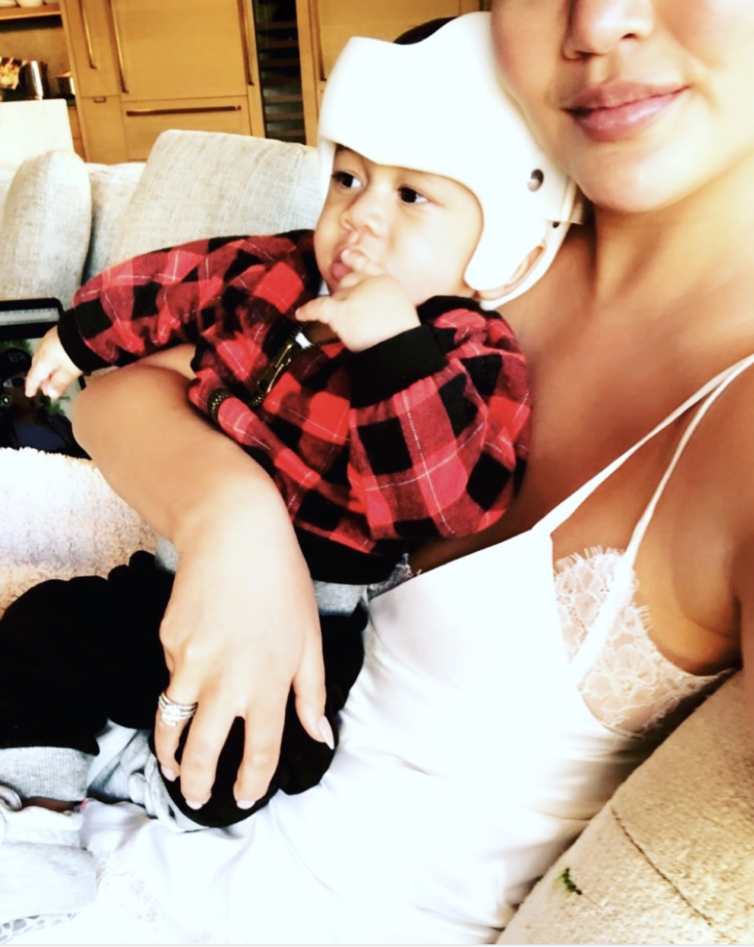 Chrissy Teigen has shared a new photo of her son Miles in his corrective helmet on social media. The celebrity mom, who also has a daughter named Luna with her husband John Legend, revealed that the little tot is using the helmet to treat his plagiocephaly, which is better known as flat head syndrome.

Chrissy shared the cute pic of Miles enjoying a little mommy and me time.

She captioned the photo with, “Baby miles getting fitted for a little helmet today for his adorable slightly misshapen head. so, if you see pictures, don’t feel bad for him because he’s just fixing his flat and honestly, he’s probably going to be even cuter with it somehow.”

A lot of Chrissy’s followers praised the model for sharing her photo on social media. As a matter of fact, Chrissy received praise from other moms who don’t post photos of their children in their corrective helmets because they worry about being judged by others. A lot of parents tweeted the celebrity mother-of-two and thanked her for being so open about her son’s condition. They also added that he’s still “the cutest boy around” with or without the helmet.

Chrissy received comments such as,

“Thank you sharing this!! When I got my baby one there were a lot of questions and judgement. We’re just fixing their lil noggins, but this is the internet.”

“SO cute! here’s my lil guy when he had his 3 short months then his head was perfect!”

In the meantime, let us know what you think by leaving us a line with your thoughts in our comments section below. And as always, don’t forget to come back to Celeb Baby Laundry for all the latest news and updates on Chrissy Teigen and all of your favorite celebrity moms and tots right here!