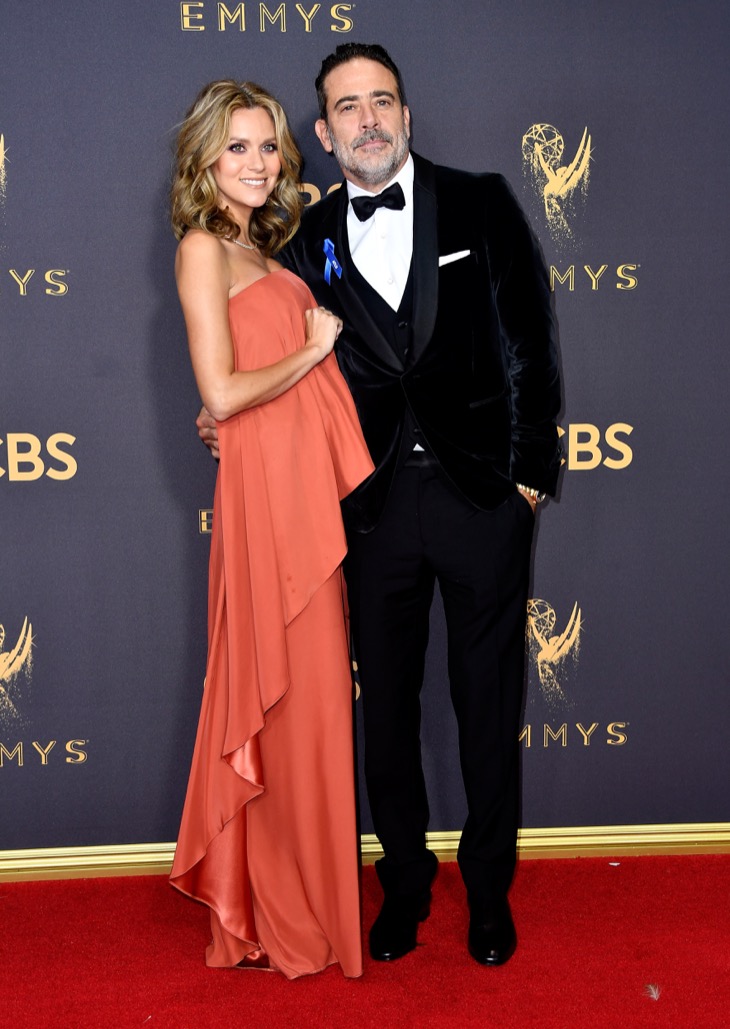 It looks like Hollywood is enjoying quite the baby boom once again! The Walking Dead star Jeffrey Dean Morgan and his wife Hilarie Burton are expecting their second child together. Hilarie made her baby bump debut on the red carpet at the Emmy Awards in Los Angeles on Sunday night.

Jeffrey made it no secret that he’s excited to become a father once again. He lovingly held Hilarie’s stomach in front of the cameras. The expectant mother wore a beautiful vintage Lanvin gown that accentuated her growing baby bump.

The couple already has one child, their 7-year-old son named Gus. Jeffrey had nothing but words of praise for his son during an interview with Parade Magazine back in 2012. Just like any proud dad, Jeffrey admitted that Gus is definitely one of a kind. He also said that his son is his mini-me, especially when it comes to his adorable dimples! The handsome actor told the publication, “I know everyone thinks that their kid is the greatest, but I’m telling you right now that my kid is. We named him after the character Robert Duvall plays in the miniseries Lonesome Dove.”

So far neither Jeffrey nor Hilarie have made any comments about their pregnancy, nor have they announced their due date. Either way, we’ll be watching this couple in the coming weeks! Both Jeffrey and Hilarie love to share photos of their family life on their social media accounts. They are also fast becoming our favorite celebrity couple!

Congratulations to Jeffrey Dean Morgan and Hilarie Burton. We can’t wait to hear more about Hilarie’s pregnancy and of course see baby bump photos on social media. In the meantime, don’t forget to check back with CBL for all the latest news and updates on all of your favorite celebrity parents right here!

How to Travel to Florida on a Budget