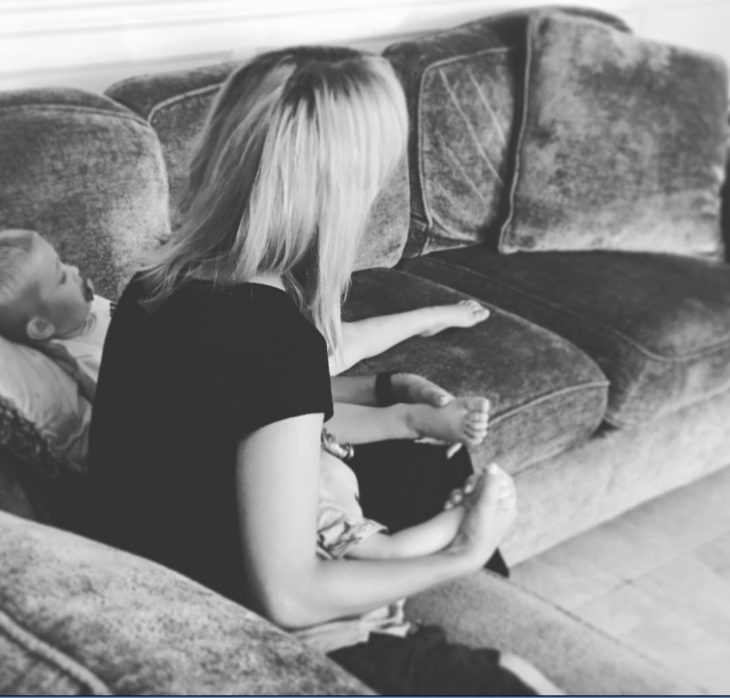 It looks like things are on the mend for Michael Buble and his family again. The singer’s wife Luisana Lopilato has shared a new black and white photo of herself and the couple’s son Noah cuddling together on a sofa. Michael and Luisana’s son was diagnosed with liver cancer late last year.

Luisana captioned her photo in Spanish, that roughly translates to, “Time stops, there’s nothing like a mother’s pampering.”

Noah began chemotherapy in December before it was announced that his treatment had been successful earlier this year.

Back in 2016, Michael opened up about her life as a father and how two children mean the world to him. After his son’s cancer diagnosis, Michael for the most part, stayed out of the spotlight to be with his family and even canceled some of his tour dates and public appearances. The couple also has a son named Elias.

Michael said, “Getting married and having children changed my life. It’s incredibly difficult – every biographical movie I watch about a singer, it’s the same story: man comes from nothing, man fights for fame, man finds success, man leaves his family, man regrets leaving family, and I won’t allow that to happen. I will fight for balance, and if one suffers, we know which one will go – it won’t be my kids. I just love them way too much.”

The crooner also said that one of the reasons why he gets sick so much is because he spends so much time with his family – much to the annoyance of his manager.

He explained, “If you have kids you know it’s like a petri dish for infections and colds… I will take getting sick a million times over to get those kisses I need those kisses. They’re my fuel.”