Justin Hartley Opens Up About Raising His Teen Daughter Isabella 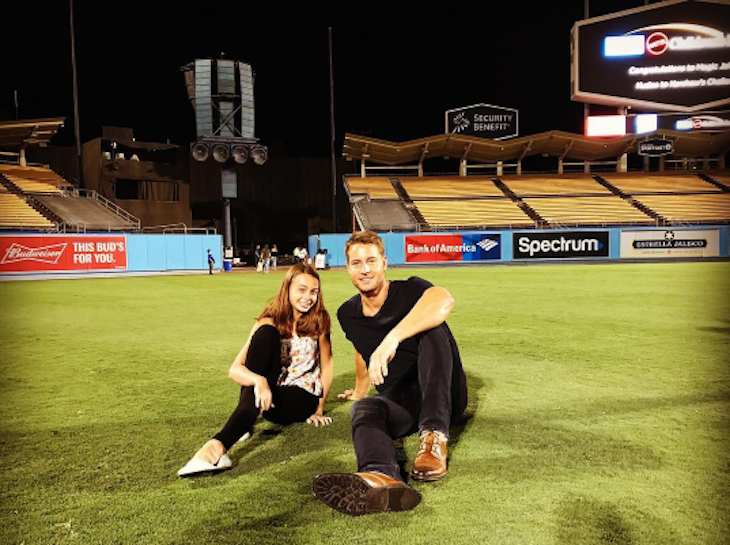 Justin Hartley says that he’s thankful that his daughter Isabella Justice doesn’t have any teen angst – at least not yet. In fact, the Hollywood actor says that things have been going pretty well for him and his 13-year-old teen daughter, calling her a “lucky angel.”

Justin, who plays Kevin Pearson on the hit NBC dramedy This is Us says that while everyone previously warned him about the emotionally up and downs that comes with raising a teenager, he hasn’t experienced any of that yet. That’s because Isabella just happens to be a very easy going teen.

He told People Magazine during a new interview, “Everyone keeps telling me they turn 13, and all of a sudden, they turn into a different person. I’ve got a lucky angel here. I don’t know what’s going on, but she’s fantastic.”

In fact, Justin recently took Isabella and his fiancé Chrishell Stause on a special trip to Walt Disney World in Orlando, Florida to celebrate his daughter’s 13th birthday. And according to Justin, it was definitely a trip that they’ll always remember. He said, “It was amazing. It was a lot of fun, a lot of rides.”

Meanwhile, Justin has a jam-packed schedule ahead of him. The Hollywood actor and his fiancé are planning their upcoming wedding. He’s also filming the second season of This is Us. But luckily for him, he’s managing it all with his family right beside him, allowing him to spend plenty of quality time with Isabella before she goes back to school.

Justin added, “We literally woke up, got in the pool, went to work, hung out on the set of This Is Us for awhile and then we came here. Now we’re going to play some ping pong and have a hot dog or two, and then head home.”