David Beckham Gets a New Tattoo in Honor Of His Children 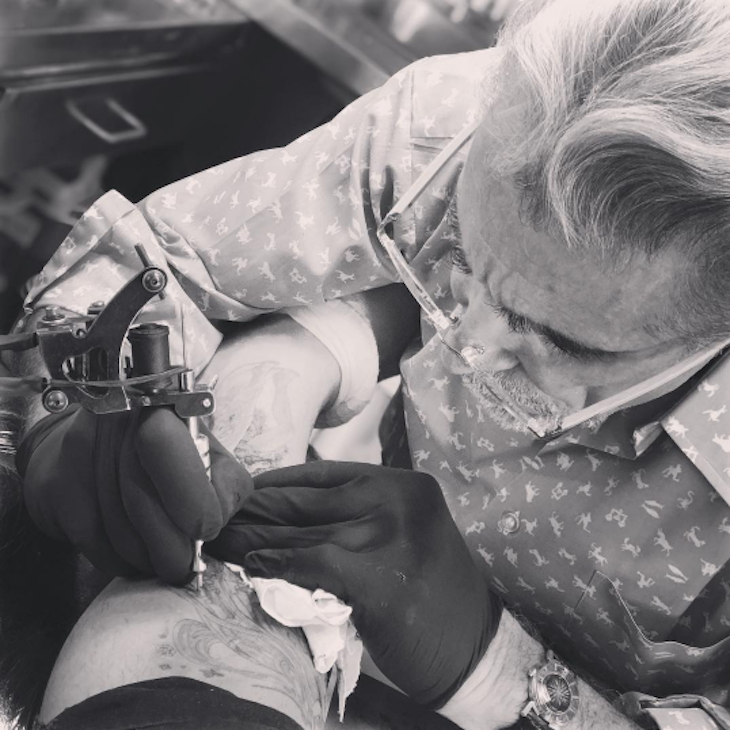 David Beckham is honoring his kids the best way he can – with more ink. The international soccer star revealed that he got yet another tattoo dedicated to his four children, his sons Brooklyn, Romeo, Cruz and his daughter Harper.

The 42-year-old celebrity dad made the revelation on his Instagram account earlier this week. He went to Hollywood tattoo shop Shamrock Social Club for the new ink. He got a tattoo on his neck that says ‘Dadda’ on it, which of course, is what his children like to call him at home.

David has been married to his wife Victoria Beckham since 1999. Together they’ve managed to not only build a successful brand and empire, but also a close-knit, loving family, too. He’s also made it no secret that his family comes first to him in his life.

He told GQ Magazine in 2016, “I’m secure as a person, as a husband, as a dad. I’ve gone past the point of really worrying, caring. When I was 22 years old, it might have affected me differently. I’m 40, I’ve got four amazing kids, and an amazing wife, amazing parents, amazing in-laws, amazing friends who I trust: It doesn’t matter what people say.”

He also recently defended a photo of him kissing his 6-year-old daughter Harper on the lips. David told his fans there was nothing wrong with it, as he simply kisses all of his children the same way.

The celebrity dad told his social media followers, “I got criticized for kissing my daughter on the lips the other day. I kiss all my kids on the lips. Brooklyn, maybe not. Brookyln’s 18, he might find that a bit strange. But I’m very affectionate with the kids. It’s how I was brought up and Victoria, and it’s how we are with our children.”