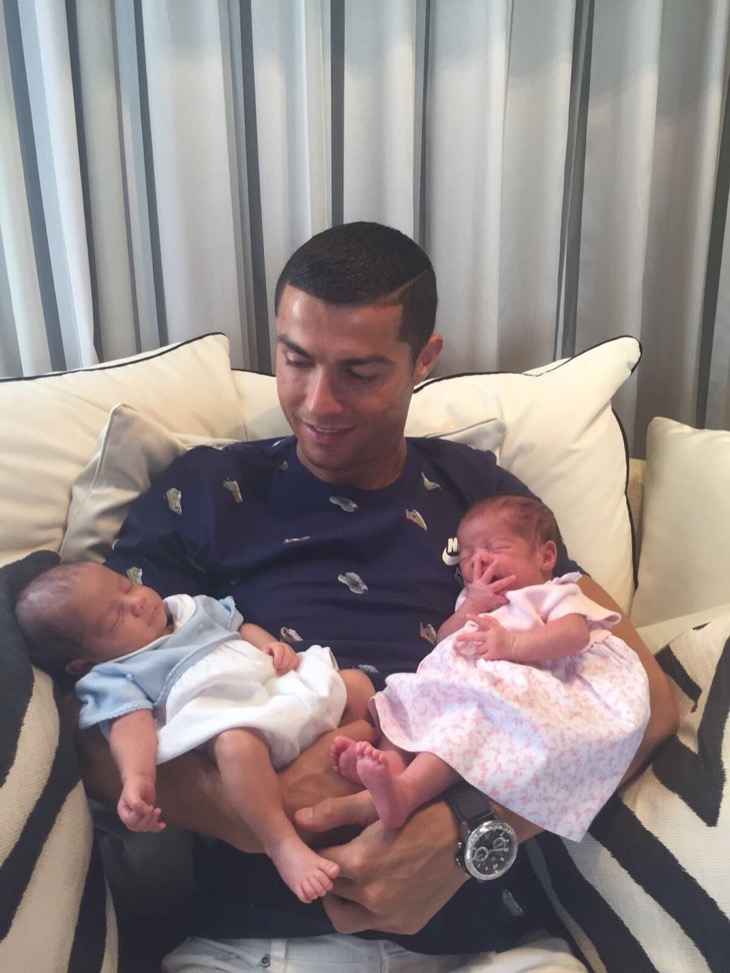 International soccer star Cristiano Ronaldo is a father again – times two! New reports say that the Portuguese star is now the dad of twins. He shared his babies’ birth announcement on Facebook on Thursday, June 29.

The 32-year-old father wrote, “So happy to be able to hold the two new loves of my life.” Portuguese media outlets report that the twins are a boy named Mateo and a girl named Eva. They were born in America on June 8.

The soccer ace also has a 7-year-old son, Cristiano Ronaldo Jr. who was also born in the United States. And according to Cristiano, he doesn’t plan on revealing the identity of the woman anytime soon, unless of course, his son begins to ask about her. Plus, he also said that his son’s family is already complete, thanks to all the support he gets from his grandparents, aunts, uncles and cousins.

Cristiano Ronaldo uploaded this photograph to his instagram page and posted: 'So happy to be … https://t.co/kMoUW9pf6f via @MailSport

During an interview with talk show host Jonathan Ross, he said, “When Cristiano is going to grow up, I am always, always going to say the truth to him [about his mother] because he deserves it, because he is my son. But I am not going to say because people want me to say.”

He added, “Cristiano has a dad, an unbelievable dad, a grandfather, a grandmother. I have the support of my family.”

What’s more, Cristiano is also dating model Georgina Rodriquez. Even though they’ve been together for several months now, they’ve managed to keep their relationship under the radar. They only made one public appearance at the Best FIFA Football Awards together back in January.

So far Cristiano has not made any additional comments about his twins. It is not known if Georgina plans to help Cristiano raise his newborn twins or if she is going to play any major role in their lives.