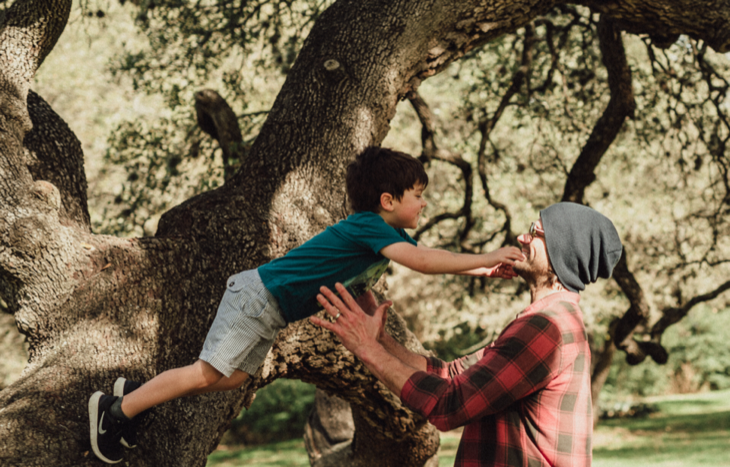 Jared Padalecki might play a supernatural character on the small screen, but it looks like he’s a supernatural father to his three children at home, too. The television actor opened up about his life as a father with his wife, Genevieve Cortese Padalecki. He wrote a heartfelt letter to his family on her blog, Now & Gen.

The 34-year-old actor detailed all the things he loves about his family, which includes his sons Thomas, 3, and Shepherd, and their 3-month-old daughter Odette. He and Genevieve have been married since February 2010 and currently reside in his hometown of Austin, Texas with their three children.

The ‘Supernatural’ actor made sure to thank his three children for helping him be the man, husband, and father that he is today. Jared wrote, “Dear Tom, Shep, and Odette, I realize fathers day was supposed to be about…. well… “Fathers”… praising them and thanking them and making them feel needed and appreciated. but, as the “father” in this relationship, I wanted to change things up a bit. Specifically, I wanted to take this opportunity, after my FIFTH fathers day (and counting), not to say “you’re welcome”, but to say “thank you”…”

Jared also wasn’t very shy about revealing all the ups and downs that come with raising three small children under the age of 5 at home.

He continued, “You’ve woken me up earlier than a rooster would even CONSIDER crowing. You’ve given me sleepless nights where i thought you might NEVER, in fact, go back to sleep. You’ve peed on me, pooped on me, and vomited on me (though not always necessarily in that order).”