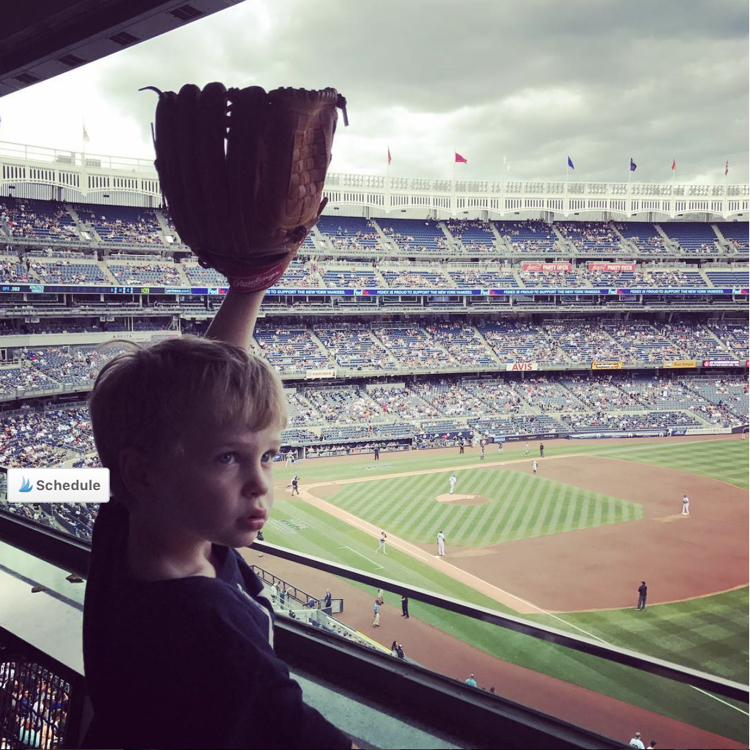 Neil Patrick Harris took to his Instagram to share a couple of shots and videos from his day at Yankee ballgame with his son Gideon on Saturday (May 27).

In one shot, the six-year-old hold up a glove in hopes of catching a ball from the field.

“Let’s go Yankees! And if you wouldn’t mind, Gideon would love to catch a foul ball. Thanks,” the actor captioned the shot of his son enjoying his first professional baseball game.

Harris also took the youngster to the batting practice, where Gideon got a ball signed by some members of the team.

Gideon’s twin sister Harper was not in attendance.

Harris is married to David Burtka.

Surviving Motherhood: How to Have Me Time With Twins and A Five-Year-Old