Kelly Clarkson Cheers on the Nashville Predators With River Rose 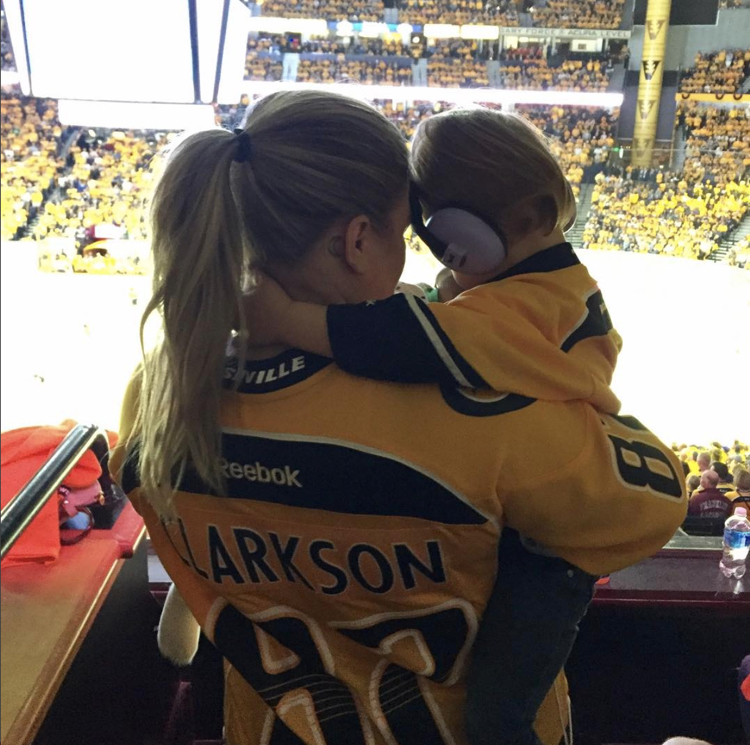 Kelly Clarkson took to Instagram to show off her team pride while attending a playoff game between the Nashville Predators and the Anaheim Ducks in Nashville, TN on Thursday night.

“We are so sad we lost BUT what a great game!! #meandriverrose#GoPreds” she captioned the shot of herself affectionately holding the youngster on her hip while watching the big game.

Clarkson sang the National anthem ahead of the game.

In other news, the singer has revealed that her latest album will have a much more soulful sound.

“It’s got a lot of sass — like I might beat you up with my sound,” Clarkson said according to Variety, and called the album “urban, pop, soulful R&B.” “My backup singers who’ve worked with me for years said ‘It’s the first time you’ve done a record that’s, like, full-on your personality.’”

She is married to Brandon Blackstock.

The Top Five Challenges as a Parent of Twins