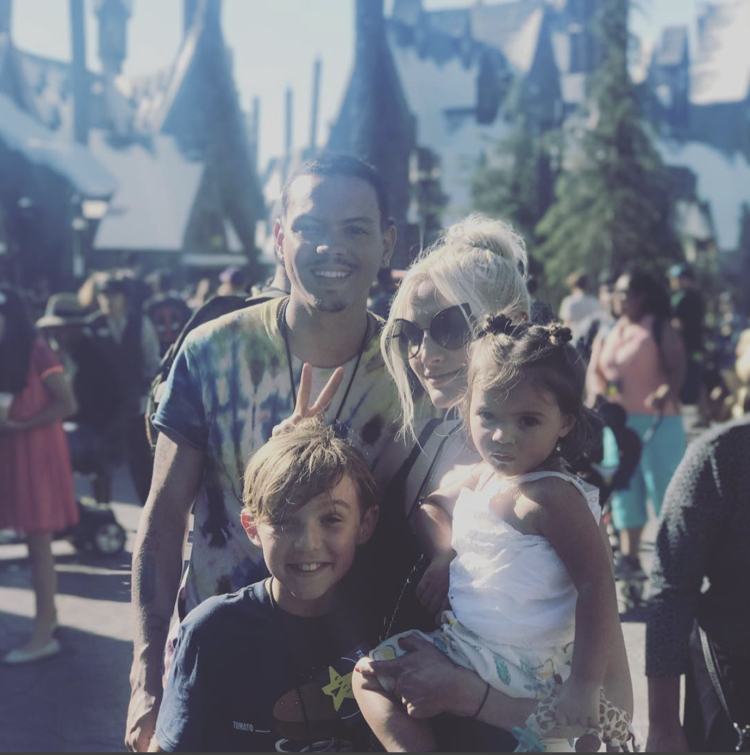 Ashlee Simpson took to her Instagram to share a portrait from a family vacation day at Universal CityWalk in Orlando, FL on Sunday (May 22).

“Fun family Sunday at universal city walk 🎥,” she captioned the shot of herself holding Jagger on her hip while she gives bunny ears over her son Bronx‘s head. Ross poses happily alongside them.

In a new interview, the couple revealed one of their most embarrassing parenting moments.

“When you’re in the beginning of parenthood, there are so many embarrassing moments,” the Pieces of Me singer told, while Ross recalled a time aboard an airplane with Jagger, “We were supposed to take the baby to the bathroom, but we thought we could do it really fast on the chair. We were trying to be sneaky, but the stewardess was like, ‘I’m sorry, but people are really unhappy about the fact that you’re [changing her diaper here].'”

“She was such a little baby. I didn’t want to have to go in [the bathroom]. She was like 4 months old,” Simpson told. “But no, it really isn’t OK and I do know that, but my sneakiness was really embarrassing. It wasn’t so sneaky.”

She was previously married to ex-husband Pete Wentz.

They co-parent Bronx together.

Kelly Clarkson Cheers on the Nashville Predators With River Rose