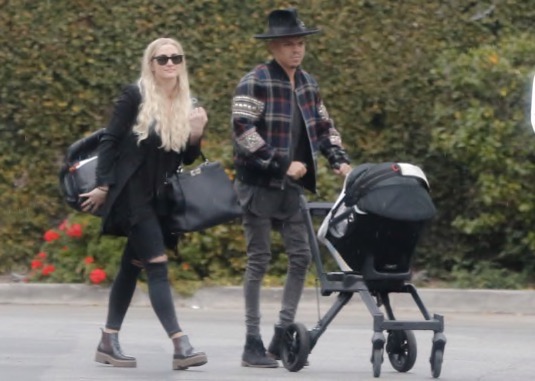 Ashlee Simpson and her husband Evan Ross were spotted having lunch at Cafe Med with their daughter Jagger at Sunset Plaza in West Hollywood, CA on Wednesday (Feb. 17).

The singer was dressed in a long black coat, oversized sweater and ripped jeans with boots. She followed Ross who pushed the baby in a black stroller.

On Sunday, Ross took to Instagram to share a shot of Simpson holding up their daughter to the camera while he poses next to them.

The couple welcomed their baby girl on July 30th 2015.

Emotion Learning For Preschoolers With The Adventures of Napkin Man (Giveaway)