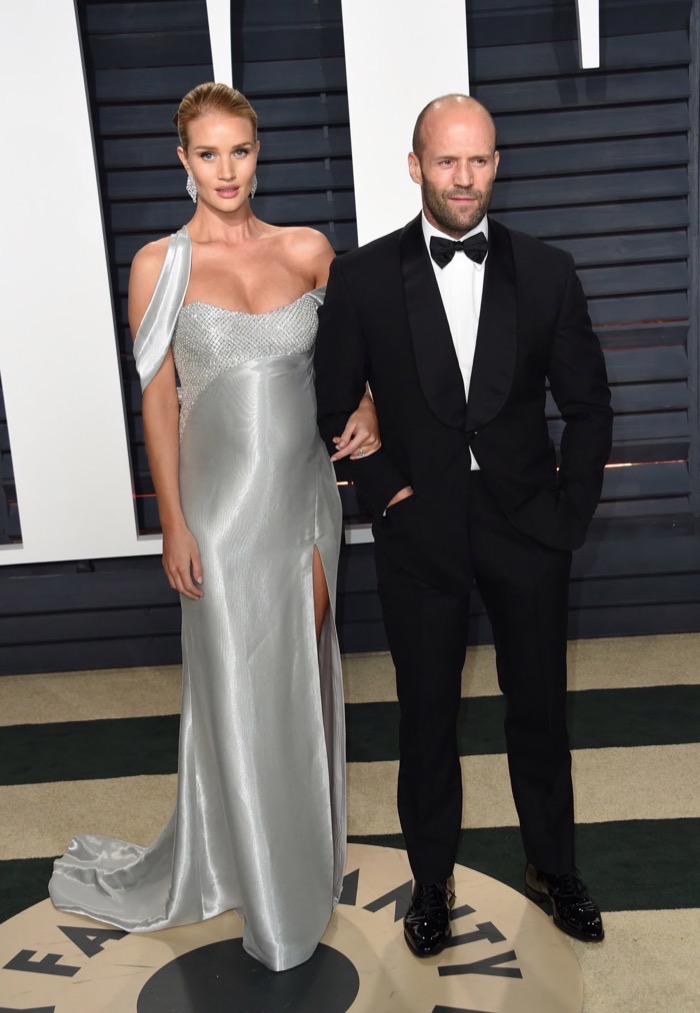 Rosie Huntington-Whiteley and her fiancé Jason Statham attended the 2017 Vanity Fair Oscar Party at the Wallis Annenberg Center for the Performing Arts in Beverly Hills, CA on Sunday night (Feb. 26).

The pregnant model showed off her bump for the first time in a custom Atelier Versace silver dress that she paired with Nirav Modi chandelier earrings. She posed for pictures solo and alongside Statham who looked handsome in a tuxedo.

Earlier in the month, Huntington-Whitely announced via Instagram that she and Statham are expecting their first child. announcing they were expecting a baby.

“Very happy to share that Jason and I are expecting!! Lots of love Rosie x ❤👼🏼 Photo by @jasonstatham,” Huntington-Whiteley captioned the shot of herself showing off her tiny baby bump in a tiny bikini.

The pair announced their engagement in January, after five years of dating.