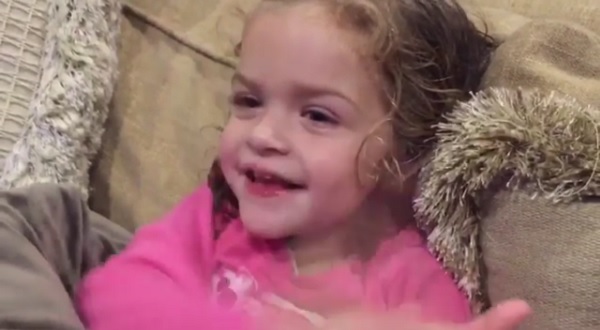 Alyssa Milano’s daughter Bella is a Cubs fan!  The actress and proud mom of two took to Instagram this month during the World Series to share an adorable video of her daughter cheering on the Cubs.  We don’t know much about baseball, but we do know that Alyssa Milano’s daughter is too cute for words!  In the video Milano’s mini me cheers “Let’s go Cubbies Let’s Go!”

Alyssa Milano is the proud mom of not one, but two beautiful kids.  5 year old Milo Thomas Bugliari was born in August 2011.  And, his little sister Elizabella Dylan Bugliari came along in September 2014, and just turned 2 years old!  It seems like just yesterday Alyssa was shooting scenes for the ABC drama “Mistresses” with her baby bump!

Since Milano left Mistresses, she has been spending a ton of time with Milo and Elizabella, aka Bella.  And, lucky for us she shares some of her sweet mommy moments on social media, like this precious video of baby Bella cheering on the “Cubbies.”  Milano also recently posted photos of her family dressed up on Halloween in their Pokemon themed matching costumes.

It looks like the mom of two is ready to get back to work though.  Recently it was announced that Alyssa had joined “Wet Hot American Summer 2,” and her graphic novel “Hacktivist” is currently in development at The CW to be adapted in to a TV show!

Check out the sweet video of Bella Bugliari and let us know what you think in the comments below!