Haylie Duff’s Daughter Ryan Is Growing Up So Fast! 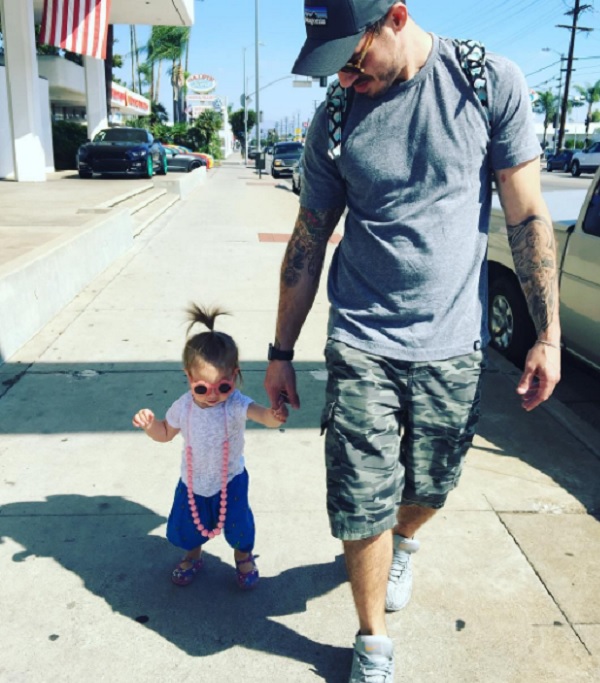 Haylie Duff’s daughter Ryan is growing up so fast!  Haylie Duff’s adorable toddler Ryan Ava Rosenberg has been a fixture on her famous mom’s Instagram page for over a year now, at this point little Ryan has accumulated quite a following of her own.  Over the course of the past year Haylie Duff’s Instagram followers have had the opportunity to watch little Ryan grow up, and she is growing in to an adorable little girl!

This week Haylie Duff shared some previous snapshots over little Ryan.  Ryan’s dad Matt Rosenberg spent the afternoon with his girls this week, and Haylie snapped a photo of the two walking hand in hand down the sidewalk.  It’s pretty clear that Ryan is a total Daddy’s girl.  Haylie and Matt announced that they were engaged to be married back in 2014, and then little Ryan came along, and their wedding planning has been a bit delayed – caring for a toddler is a little time consuming!

Haylie Duff is well known for her culinary skills, and is currently hosting a TV show on Cooking Channel.  Haylie revealed in an interview with People Magazine last month that Ryan is a chef-in-training.  Haylie explained, “She has a little kitchen that’s the same as my kitchen.  She does fake food and little grocery baskets. She stirs. And she observes everything. Her high chair gets pulled into the kitchen with me all the time. She does things she sees me doing. Like stirring or putting seasoning in fake food.”

Check out the adorable photos of little Ryan!