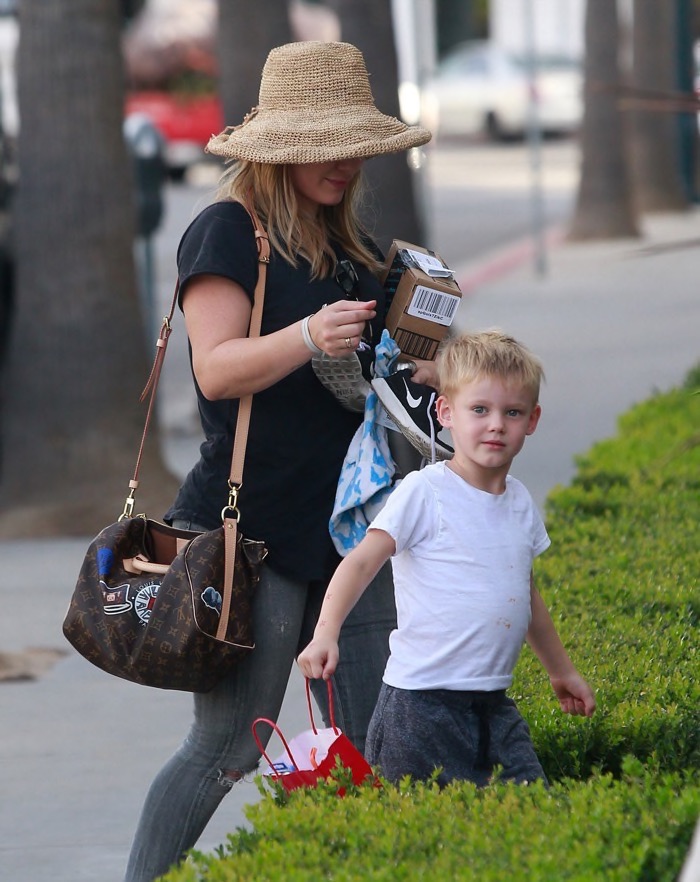 Hilary Duff and her son Luca were photographed stopping by her boyfriend’s gym in West Hollywood, CA on Sunday (Oct. 9).

The Younger actress was dressed in a black t-shirt and grey distressed skinny jeans as she carried a package and the youngster’s running shoes. Luca carried a red bag.

While appearing on The Ellen Degeneres Show, Duff revealed that Luca is a huge fan of the Ghostbusters.

“He wants to be a Ghostbuster this year,” the actress said of his Halloween costume. “He’s obsessed with Ghostbusters, obsessed with Slimer. He learned the whole song…it’s so good. He’s so serious about it, you guys.”

DeGeneres, who often gives celeb kids personalized gifts, then brought out a kids-sized version of the white Ghostbusters Cadillac, complete with the signature logo and smoke machine.

Haylie Duff’s Daughter Ryan Is Growing Up So Fast!