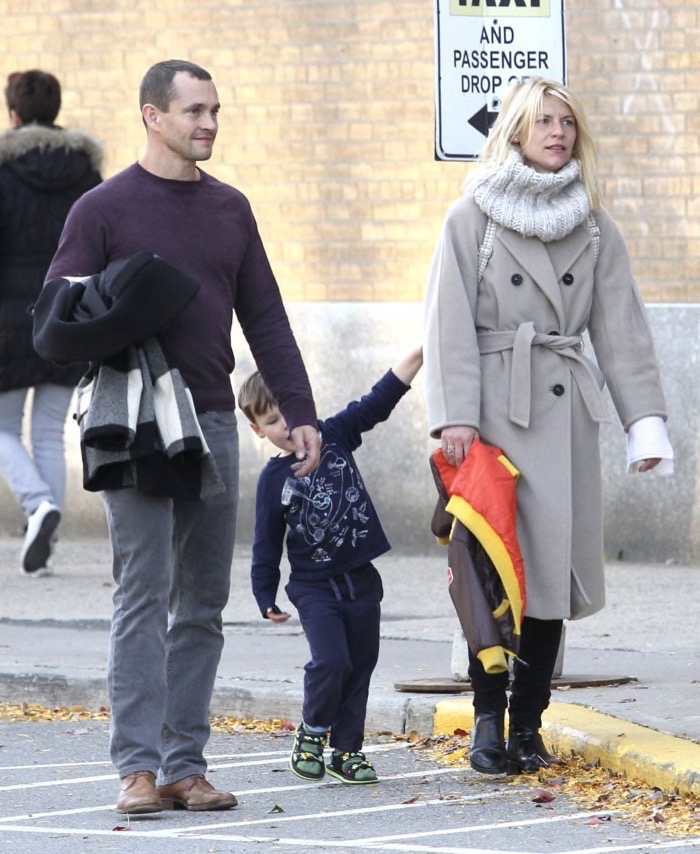 Claire Danes, her husband Hugh Dancy and their son Cyrus enjoyed a day at Manhattan’s Hudson River Park in New York City, NY on Sunday (Oct. 23).
The Homeland actress was dressed warmly in a coat and over-sized scarf for the chilly afternoon. She chased the youngsters as they strolled through the park.
In the past, Danes has been open about the difficulties of being a mother.

“Being a mum is incredibly challenging, but we still feel a pressure to talk about it in very romantic terms. And it’s not just that,” Danes told Harpers Bazaar in 2014.  “We all have that resentment at times and anxiety about being trapped by the role, that responsibility. And then chemically it can run riot…And there’s no ‘off’ button. [For me] that was the hardest adjustment. You always feel beholden to somebody…And for so long they’re like koala bears, you just feel a physical responsibility to be there for them to cling to. It’s pretty primal.”

Danes is in midst of filming the sixth season of her popular tv series Homeland. The season  is set to focus on the counter-terrorism efforts in New York nearly two decades after 9/11.
Image Credit: Fame/Flynet
Continue Reading