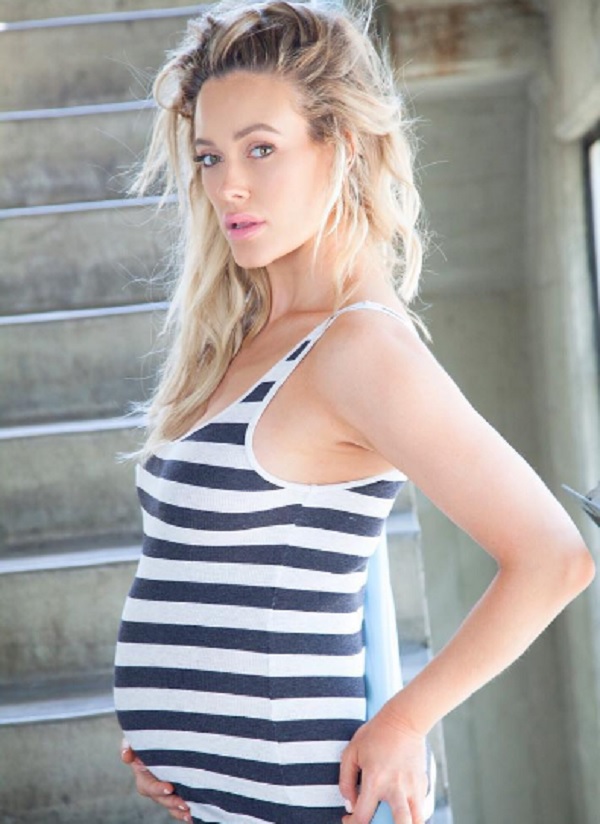 How far along is Peta Murgatroyd?  The Dancing With The Stars pro took to Instagram to show off her 25 week baby bump, and she looks absolutely amazing!  Peta Murgatroyd and her fiance Maksim Chmerkovskiy announced their pregnancy earlier this year, and in a few short months the couple will be welcoming their first child together, a baby boy.

Peta Murgatroyd sat out this season of Dancing With The Stars, for obvious reasons.  But, her soon to be husband Maks Chmerkovskiy returned to the stage for Season 23.  Maks has been paired up with controversial reality TV star Amber Rose, and the duo has had a rocky start this year.  Amber’s nerves seem to be getting the best of her, however Maks is still optimistic, despite the low scores they have received the first few weeks.

Maks had nothing but nice things to say about the mother of his child, Peta, in a recent interview with People Magazine.  Chmerkovskiy raved, “Peta’s a strong sort of independent character.  But it’s not like, ‘Oh, I want this and I want that.’ She doesn’t voice her needs like that. She’s like, ‘Just surprise me with spoils.’ ”

Ironically, before Maks and Peta announced their pregnancy, Chmerkovskiy dished to People that he was eager to start a family, and he desperately wanted to have a baby boy first.  The happy couple has put their wedding plans on hold, now that Peta is expecting, they want to wait until after the baby is born to say their “I Do’s” so that their little one can be a big part of their wedding day.