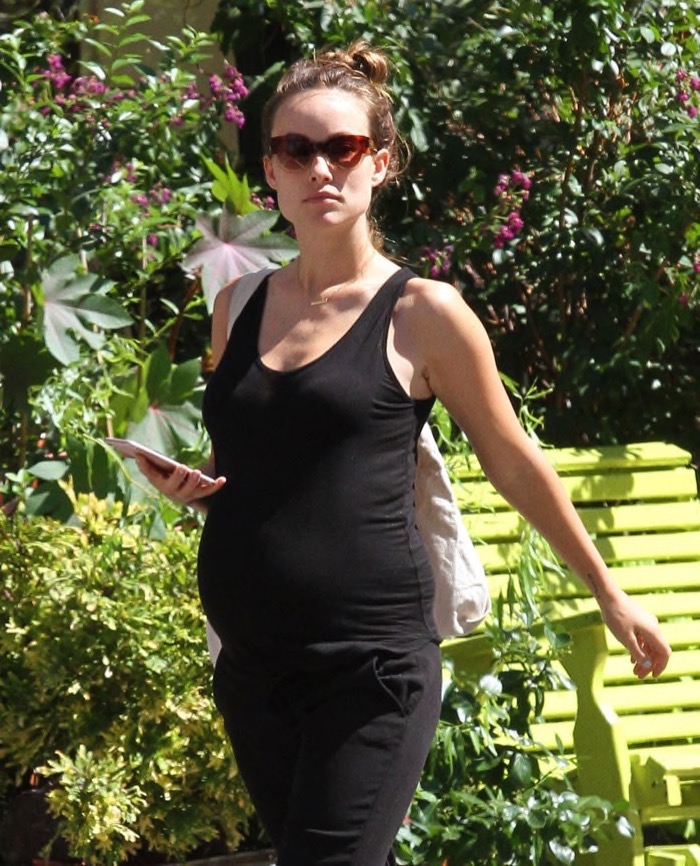 Olivia Wilde and Jason Sudeikis were spotted out for lunch in New York City, New York on Wednesday (August 3).

The Vinyl actress wore a black tank top that showed off her growing bump and a matching pair of slacks with leather booties. After enjoying lunch, the pair went their separate ways with Wilde walking home and Sudeikis riding his scooter.

On the same day, Wilde shared a shot of her bump while wearing and orange bikini.

Join me today on #BumpDay to ask Congress to pass the #ReachAct so all moms have healthy pregnancies. Link in bio. @savethechildren #bumpbumpbumpitupppp

Wilde and Sudeikis are already parents to Otis Alexander.

The couple announced their engagement in January 2013, but have yet to share any wedding plans.