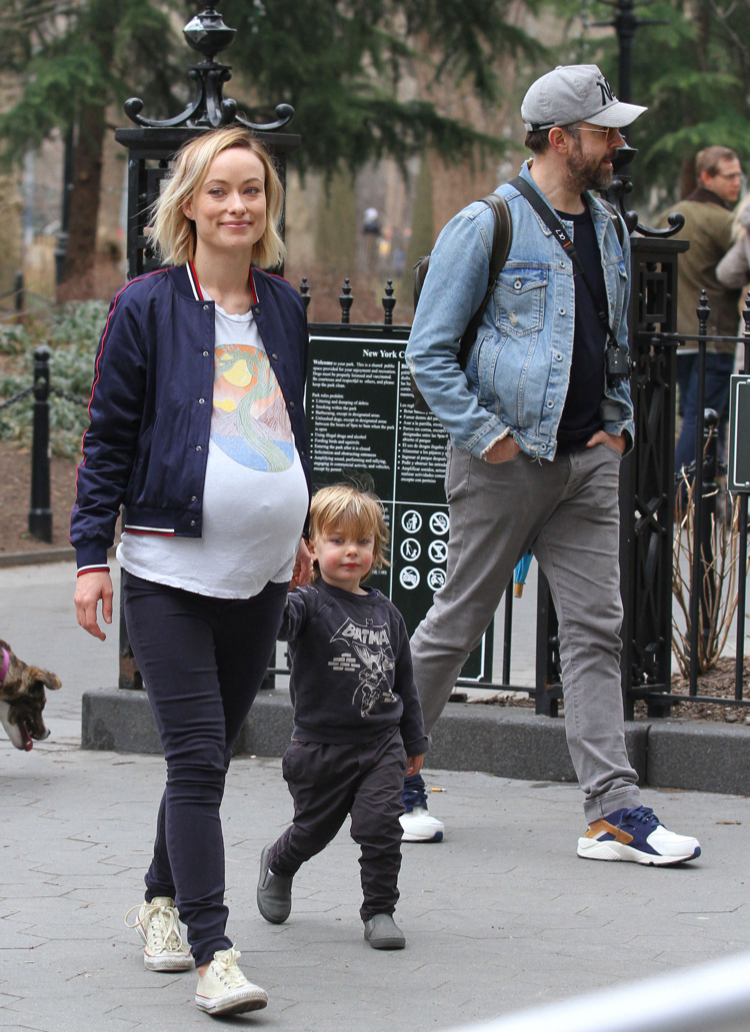 Olivia Wilde got a special visit from her fiance Jason Sudeikis and their son Otis while taking a break from filming the upcoming movie Life, Itself in New York City on Sunday (March 26).

The actress was dressed casually in an outfit that showed off the prosthetic baby bump she was wearing for her role in the film. Her son became quite curious about the baby bump and started touching it while on their family stroll.


The star and Sudeikis are already parents to five-month-old daughter Daisy.

The couple have bee together since 2011.