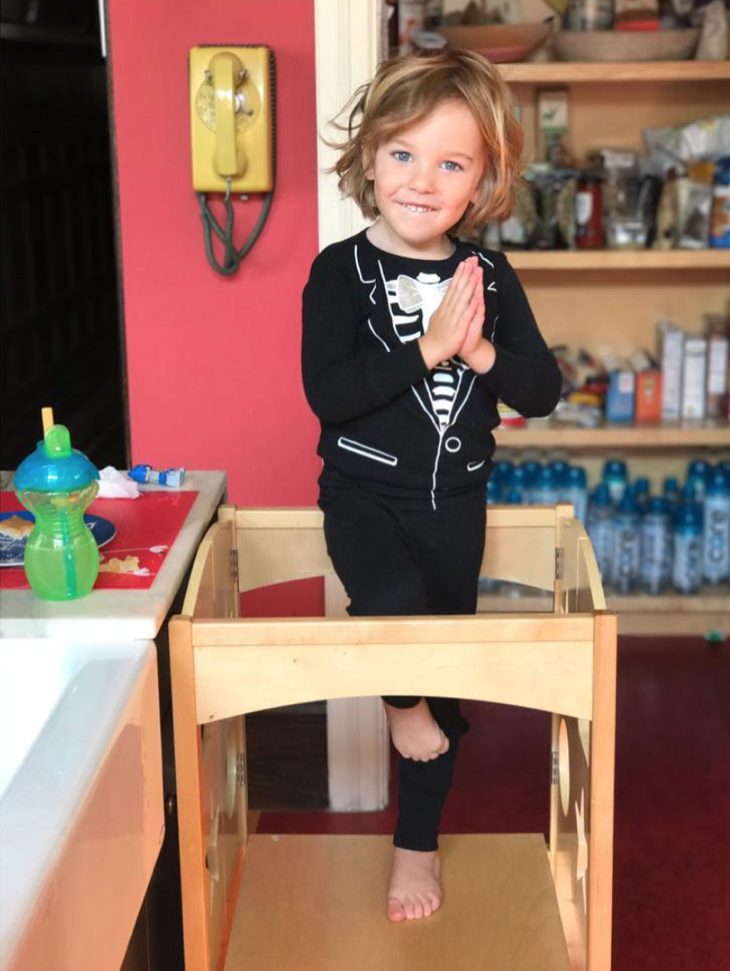 It looks like Olivia Wilde’s son Otis is taking after his famous mom! There’s a good possibility that little Otis spends a lot of time with Olivia during her yoga sessions. That’s because he’s picked up a few moves of his own!

The Hollywood actress shared a new photo of the tot striking a pose. She captioned the Instagram photo with, “Lil’ yogi working on his tree pose in skeleton tux PJs like a pro!”

Olivia shares her son with her fiancé, actor and comedian Jason Sudeikis. The couple also has a 9-month-old daughter, Daisy. Olivia and Jason both work and live in New York City with their family.

And while there’s no doubt that Olivia loves her yoga, she’s also been very honest about her post-baby body, too. In fact, she admits that when it comes to special magazine covers and photo shoots, it’s all smoke and mirrors.

Instead of focusing on working out several times a week and keeping up with the Hollywood crowd, Olivia makes it no secret that she prefers to spend time with her family instead. That, and how she loves to indulge in some of her favorite things once in awhile, too!

Olivia told Shape Magazine back in 2015: “I am not in perfect shape. In fact, I’m softer than I’ve ever been, including that unfortunate semester in high school when I simultaneously discovered Krispy Kreme and pot. The photos of me in this magazine have been generously constructed to show my best angles, and I assure you, good lighting has been warmly embraced. The truth is, I’m a mother, and I look like one.”

While she’s not with her family, Olivia can be seen in the Broadway show, ‘1984’ from George Orwell’s classic novel. The show runs now until the end of September.