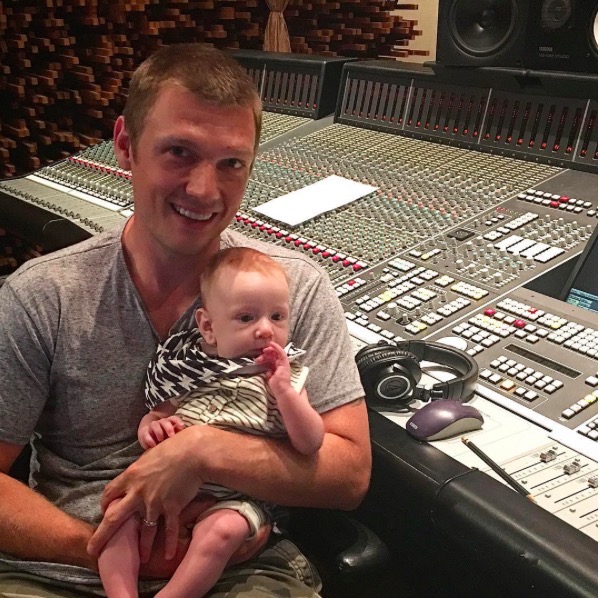 Look how big he’s getting!

“Hanging with daddy for the first time at the studio while we record a song for the new @backstreetboys album. #babies #newmusic #backstreetboys,” he captioned the photo on Sunday.

Carter and his wife Lauren Kitt Carter welcomed their first son in April.

Odin arrived after 30 hours of labor during a water birth at home. He weighed in at 8 pounds, 11 ounces.

“[Nick]’s going to record an album, a private album of all our favorite nursery songs,” Kitt Carter saidbefore the babies birth. “So when he does have to travel and we’re not able to go with him, we can play it.”

Carter and Kitt Carter married in 2014.

Rachel Zoe: Each Day is a Constant Struggle to Balance Work and Motherhood