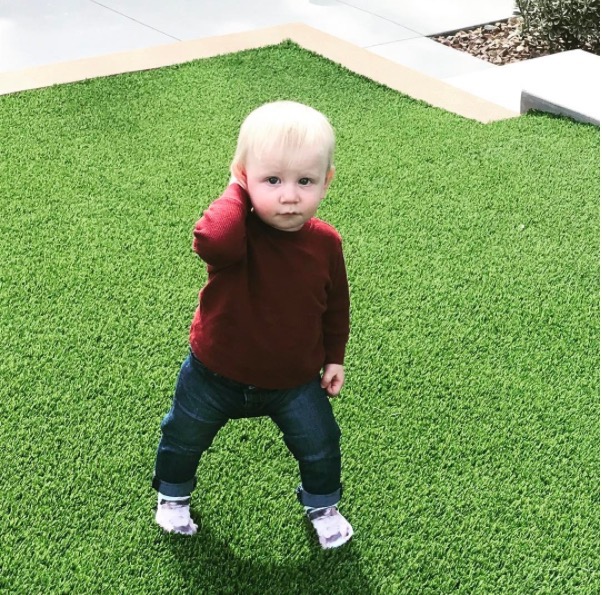 Nick Carter took to Instagram to share a sweet shot of his 10-month-old son Odin showing off his walking skill while enjoying a day in Las Vegas on Wednesday (March 8).

In the shot, the Backstreet Boys singer’s son wears a dark red sweater and jeans while he holds hand to the side of his head as he takes a step forward.

This week Carter and his bandmates kicked off their Backstreet Boys: Larger Than Life show in Las Vegas residency at Planet Hollywood.

“I brought him for the first time to see what Daddy does and it was crazy because we were sitting there trying to improve some vocals and preparing our show and he just started singing and jabbing,” the 37-year-old gushed to ET. “I’m like, ‘Really?’ It’s so surreal to have a baby and to be in this situation, but it’s great because we’re a big family. I’m experiencing all the new fatherhood things while I’m on the job.”

Carter is married to Lauren Kitt. The pair tied the knot in 2014.

The Backstreet Boys residency will run to July.

Nick Carter Soaks up the Sun With Odin