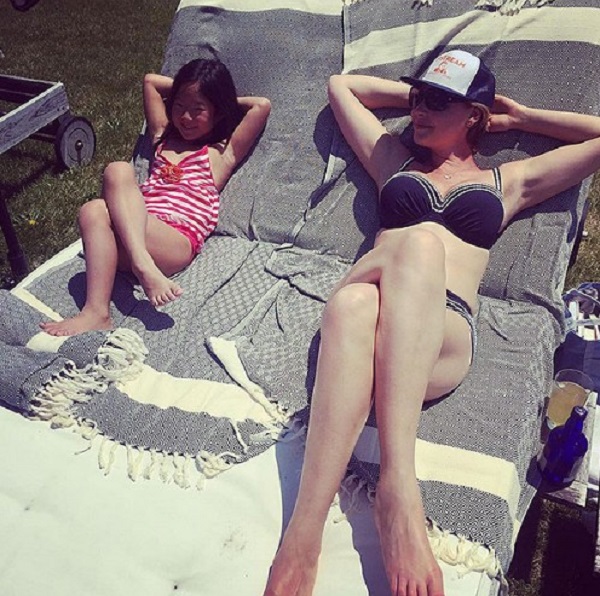 Last month ‘State Of Affairs’ actress Katherine Heigl made the exciting announcement that she is pregnant, Heigl and her husband Josh Kelley are expecting their third baby together.  Katherine and Josh have two adopted daughters already, Naleigh and Adelaide.  The Hollywood couple is over the moon about their growing family, and pleasantly surprised by Katherine’s unplanned pregnancy.

Heigl made the announcement on social media last month, expressing that her OBGYN had told her that the odds of her getting pregnant were slim, considering her age and other factors.  So, Katherine and Josh had pretty much given up and were content with the two children they had, so you can imagine their surprise when they learned that Katherine was pregnant.

Even though Katherine is a seasoned mom, actually being pregnant is a new adventure for the actress.  Heigl explained, “The whole pregnancy thing is new to me but the thrill of having a baby is not. We’ve known for awhile that we wanted to add to our family and frankly didn’t really care how we chose to do that. We were considering adoption again, fostering, or pregnancy if possible.”

This week the expecting mom took to Instagram and posted an adorable photo of her and her 7 year old daughter Naleigh soaking up some sun in lounge chairs.  Her adorable little girl mimicked her mother’s pose perfectly.  We can’t believe how big Naleigh is getting, it seems like just yesterday Katherine Heigl and Josh Kelley introduced her to the world!

How to Enjoy Disney World with a Teenager